Time to cut the red tape

Time to cut the red tape 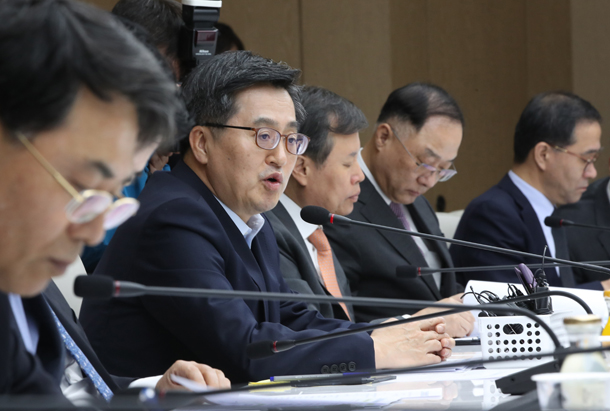 On Oct. 23, a day before the government announced a plan for innovative growth and job creation support, the ruling party government meeting had intense discussions focused mainly on two points. One was how many private investment projects should be allowed, and the other was how many regulations that hinder new projects should be removed. The Ministry of Economy and Finance hopes to drastically expand investment and remove regulations as the economy and job numbers have been weakening, but the ruling party opposes this. Private investments, like building a new headquarters for Hyundai Motors, could be criticized for aiding a specific company and encourage real estate prices to rise in the Gangnam area. The ruling party also felt that regulatory reforms to allow remote medical services and carpool services could win opposition from the powerful medicine and taxi industries.

In the end, the ruling party’s influence was stronger. Specifics of the plan are to be announced within the year, and the program is not enough to back innovative growth and job creation. When asked about the matter, Finance Minister Kim Dong-yeon said he hoped it could go further.

The ruling party’s rhetoric opposing civilian investment is reasonable. Sudden investment in large-scale construction projects go against the government policy trying to stabilize the real estate market. Stirring the non-stable real estate market would come at great social costs. However, the reasoning for opposing regulatory reform is not convincing. Remote medical services, carpooling and big data industries, which are already established in other countries, are blocked due to regulations in Korea. They are new industries that have proven to enhance consumer efficiency and job creation.

In the end, the policy to ask the establishment to share the burden and reach a compromise were given up, and the ruling party gave in to some hardline lawmakers, civil organizations and interest groups.

Industries grow whenever regulations are lifted. Parcel services, which had been monopolized by the postal service until 20 years ago, is the notable example. Once regulations are lifted and private companies move into the market, prices fell and delivery times were reduced. It also made the online and TV shopping industries in Korea powerful.

Gimgisa Company CEO Park Jong-hwan said that regulatory reform was a matter of survival now. Park sold navigation service Gimgisa to Kakao for 62.6 billion won ($55.9 million) in 2015. He argued, “It would not be necessary if the Korean economy thrived without regulatory reform, but that is not the reality we are in. That’s why I am calling for deregulation.” His argument sounds right.