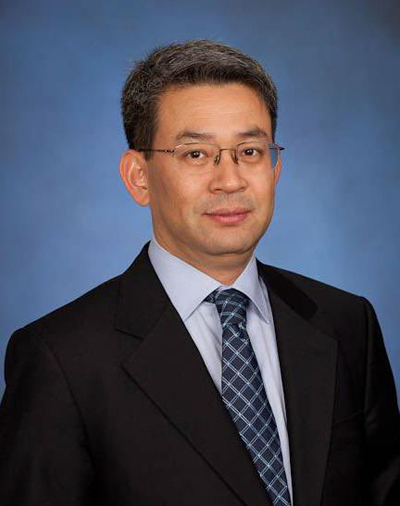 The Blue House on Sunday appointed Kwon Goo-hoon, chief Korea economist and strategist at Goldman Sachs, as head of the Presidential Committee on Northern Economic Cooperation, which seeks to foster economic cooperation with northern states, including North Korea.

“Kwon will offer his expertise and creativity to help find new growth momentum for our economy while enhancing cooperation with Eurasian nations in various fields such as energy,” said Yoon Young-chan, spokesman for the Blue House.

Launched in December 2017, the special-purpose committee aims at expanding economic cooperation with the Russian Far East, Northeast Asia and Eurasia through opening economic ties with North Korea, a prospect President Moon Jae-in said would contribute to peace and stability on the Korean Peninsula.

The appointment came as speculation has been rising that the Blue House is about to implement a cabinet reshuffle in the coming weeks. Particular attention has been on the fate of Kim Dong-yeon, the finance minister who also serves as deputy prime minister for economic affairs, and Jang Ha-sung, Moon’s policy chief.

Kim and Jang are considered the architects of Moon’s economic agenda, defined by three major parts: income-led growth, innovative growth and a fair economy. To implement income-led growth, the government has called for drastic minimum wage hikes and has set the minimum wage for next year at 8,350 won ($7.46), 10.89 percent more than this year’s 7,530 won.

While it remains to be seen if the two will step down, it is expected that Kim will leave his post after the government’s 470.5 trillion won budget plan for next year is approved by the National Assembly early next month. Dec. 2 is the legal deadline for the annual budget to be approved by lawmakers, although they often miss the deadline.

The presidential office could also replace cabinet members who have seats in the National Assembly, such as Interior Minister Kim Boo-kyum and Land Minister Kim Hyun-mee, so they could return to the Assembly to prepare for the April 2020 general election.

If current approval ratings for Moon and his ruling Democratic Party (DP) are sustained, the current parliamentary landscape is likely to change in favor of the ruling DP, which commands 40-percent popularity, while the major opposition Liberty Korea Party, which commands a low-20 percent range and 112 seats in the 299-member Assembly, could lose seats.