All your Kia motoring needs in one handy app

All your Kia motoring needs in one handy app 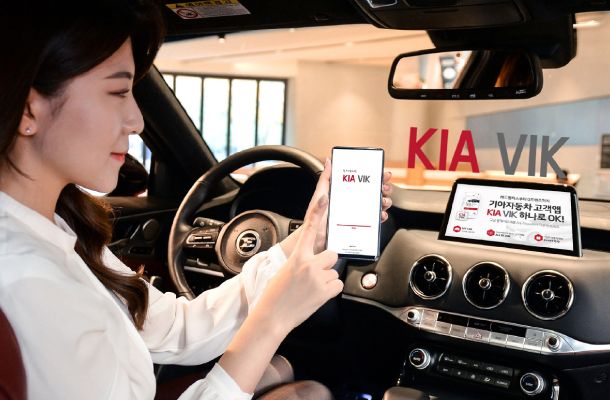 Kia Motors on Monday launched an all-in-one mobile app that integrates all of its scattered online customer service channels.

“It’s like having a virtual assistant specializing in car management,” a spokesperson from Kia said.

The most notable service of the app is the augmented reality (AR) tutorials. If a user scans their steering wheel and dashboard with the in-app camera, the screen shows red dots marked with the specific features that the shown parts control.

When users click each red dot on their screen, the phone plays a video tutorial of how that particular feature works.

The AR-based service is made for Kia’s Stinger sedans now, but will be expanded to other models next year, the carmaker said. The app also understands voice commands.

If a driver thinks something is wrong, they can ask the app where the closest maintenance center is without taking their hands off the steering wheel, Kia said.

The carmaker said in-app mobile payments will be available soon so that people can pay for maintenance or car accessories without opening up another application. A service dubbed Kia Pay will be added by the end of this year.

The carmaker is trying to promote the app by adding a social platform for Kia car drivers.

It created a tab where users can post their trips and experiences with Kia cars. The company said it will award good stories to boost user interest in the newly launched app. To better market the app, Kia inked a partnership with Samsung Electronics on Monday to develop phones customized for Kia customers.

The two are planning on launching Galaxy smartphones that come with Kia’s service apps, including VIK, preinstalled.

Kwon Hyug-ho, executive vice president and head of domestic sales at Kia Motors, said the company will continue to expand its partnership with Samsung to make phones specialized for better car management in a press briefing held Monday in Seoul.