The meaning of Samsung’s change

The meaning of Samsung’s change 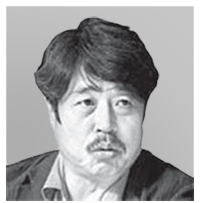 South Korean society has a love-hate relationship with Samsung. It’s a household corporate name that every college graduate aspires to work for. Over 200,000 applicants study and sit for the Samsung Aptitude Test every year in the hopes of joining the conglomerate. A recent poll ranked Samsung as the top Korean workplace: Samsung Electronics ranked first with an overwhelming 20.3 percent respondents, while the runner-up, Industrial Bank of Korea, had just 4.7 percent.

Its economic weight is colossal. Revenue from Samsung units contribute more than 20 percent of Korea’s gross domestic product (GDP) with 190,000 workers on its payroll. Additionally, Samsung affiliates account for 30 percent of the value, or 433 trillion won (roughly $385 million). Samsung Electronics alone is dominant: they employ 100,000 people, contribute 17.4 percent of the country’s GDP, and 20 percent of Kospi market capitalization. When taking partner suppliers into account, its contribution to the Korean economy is even mightier.

But Samsung’s shadows are as big as its outreach. Samsung is notorious for banning unions, a policy issued by its founder. Instead, the company offers various incentives to keep its employees happy to avoid the formation of unions, paying employees generously and providing good welfare benefits.

The tradition, however, has been upheld through subtle loopholes. During the days when multiple unions in a single workplace were banned, it created a paper union to prevent voluntary unionization. When the law changed to allow multiple unions, Samsung management got involved to squash any attempt at unionizing. Its suppression of union activities remained its management strategy. It was able to pursue hereditary succession and create a cross-affiliate ownership structure to save on taxes due to its lack of a union.

Given its place and role in the economy, Samsung’s social responsibility and ability to generate sustainable value are crucial for Korean society. Companies cannot survive on their own and inevitably have to interact with society in non-business areas. Because of globalization, companies must continue to improve labor conditions and individual rights, contribute to the environment and improve their own governance. These are closely watched by investors, workers and the markets. Samsung must coexist with civil society.

In yet another development, Samsung Group will directly hire 400 drivers for executives. Agency-dispatched drivers employed on two-year contracts will become full-timers. Earlier, the group pledged to invest 180 trillion won (roughly $160 million) and 40,000 new hires over the next three years. Samsung Electronics embarked on projects to incubate 500 start-ups within and outside the company. It also teamed up with the Ministry of SMEs and Start-ups to support the automation and digitalization of 2,500 small and mid-sized enterprises. The response to the actions has been mixed. Still the group set an example in meeting corporate responsibilities.

The fact that the management sat down with the union to talk things out is a huge development. The CEO of Samsung Electronics Service, the heads of the Korean Metal Workers’ Union, and the after-sales service union have all signed an agreement that aims for a future defined by a labor-management relationship. Samsung made a big step toward becoming a sustainable company that shares its obligations and values with society. It has gotten closer to unions and civil society.