The popular musical "Matilda," based on Roald Dahl's best-selling novel is being staged at the LG Arts Center in southern Seoul.

The renowned Munich Philharmonic Orchestra under the baton of maestro Valery Gergiev is coming to Korea for a concert at Gyeonggi’s Seongnam Arts Center.

The Korea National Contemporary Dance Company is staging a modern dance performance using music by Igor Stravinsky. Three of his most well-known works, “Agon,” “The Rite of Spring” and “Symphony in C” will provided the soundtrack to choreographed pieces by Kim Jae-duk, Ahn Sung-soo and Jung Young-doo. Kim, according to the company, has “maintained the significance of ‘Agon,’ while realizing the harmony between music and choreography and remaining true to his philosophy of emphasizing movement over narrative structure.”

Jung choreographed a piece to “Symphony in C.” He focused on creating a performance where music and dance can be appreciated in unison. The dancers will create a unique landscape of movements, while the audience can imagine a landscape of their own.

The company’s artistic director Ahn worked on a piece to go with “The Rite of Spring.” The company said that Ahn will be emphasizing musical sensibility and interpretation while highlighting the contrast between the delicate expression of femininity and the dynamic energy of masculinity.

The performance starts at 8 p.m. on Friday; at 3 p.m. on Saturday and Sunday. 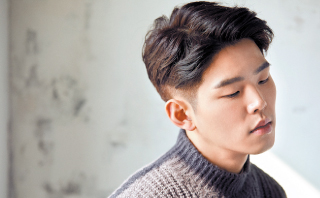 Singer and songwriter Paul Kim said his dream as a singer is to hold concerts at larger venues, and indeed, his dreams are coming true. Following his most recent concert at the Ewha Womans University’s 700-seat Samsung Hall last December, Kim will hold a two-day concert at the Blue Square’s 1,373-seat iMarket Hall thanks to his growing popularity. He’ll also be touring the country, making stops in Busan on Dec. 15, Daejeon on Dec. 21, Daegu on Dec. 29 and Gwangju on Dec. 31.

Kim released a single titled “Me After You” on Oct. 29 that has been topping major music charts.

The Christmas season is here, which means The Universal Ballet is back with “The Nutcracker,”

The ballet, composed by Pyotr Ilyich Tchaikovsky, premiered in 1892 at the Mariinsky Theatre in Saint Petersburg, Russia, and has been performed around the world for the past 124 years. The Universal Ballet premiered the piece in Korea in 1986, and performances of the piece have been sold out every year for the past 30 years. 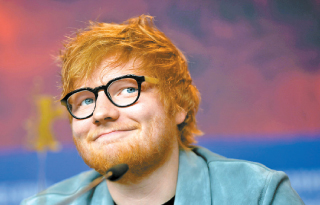 Ed Sheeran, who had to cancel a scheduled concert in October after fracturing both of his arms in a bicycle accident, will hold a concert in Incheon’s Songdo International Business District this spring. He’ll be bringing his unique mix of hip-hop and folk music off of his three albums, which continue to perform well on the music charts.

THE PLAY THAT GOES WRONG
Sejong Center for the Performing Arts, M Theater
To Jan. 5, 2018