What would Kalecki think?

What would Kalecki think? 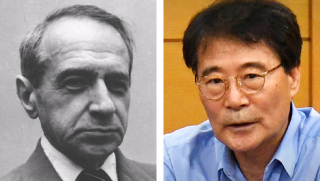 Polish economist Michal Kalecki may not be a familiar name, but he is stirring Korean society today. Kalecki was the economist who established the theoretical background for income-led growth. Born in 1899 in the industrial city of Lodz, Poland, Kalecki did not receive formal education as he had to work to make ends meet. After a few irregular jobs, he took work related to corporate credit analysis and became a statistics expert before developing an interest in economic issues.

His primary concern was income distribution. It could be natural as he was born in Poland in the socialist bloc and experienced part-time jobs in his youth. Moreover, he read papers by Marxist economists like Rosa Luxemburg, also Polish, and looked at the economic issues from the capitalist and working-class structure. As a result of his research, he published “The Determinants of Distribution of the National Income” on prestigious economics journal Econometrica in 1938. It is the basis for the income-led growth that corporate profit, if well distributed, will increase workers’ wages and create a virtuous cycle of consumption, investment and production.

His theory attracted great attention in Europe and provided an issue for active academic debates. In the past and present, income distribution has always been an important economic issue. Kalecki’s paper was followed by many counterarguments. Like all hypothesis, Kalecki also put many conditions that are different from reality. He saw that the sole source of workers’ income was wages and companies were in a monopoly or oligopoly by capitalists. So capitalists take excessive profits, he thought. But the reality is different from assumptions. Workers have accumulated savings other than wages, and governments control monopolies through regulations. In a labor market, there are also self-employed people.

Despite the controversies, Kalecki is highly regarded. He valued the role of the market economy while addressing the needs for distribution from a leftist point of view. In his late years in Poland, he published “Trend and the Business Cycles Reconsidered” in 1968, stressing the need for private investment and technology innovation for economic growth.

He is remembered as a great economic thinker as he had pragmatic alternatives and insight beyond ideals.

What would he say about Blue House policy chief Jang Ha-sung’s dogma of trying to show results through income-led growth by applying untested academic theory to reality? He may not be impressed. Also, as Kalecki was knowledgeable in statistics, he may smile bitterly over the government’s interpretation of statistics.