Hyundai Heavy back to two-CEO structure

Hyundai Heavy back to two-CEO structure 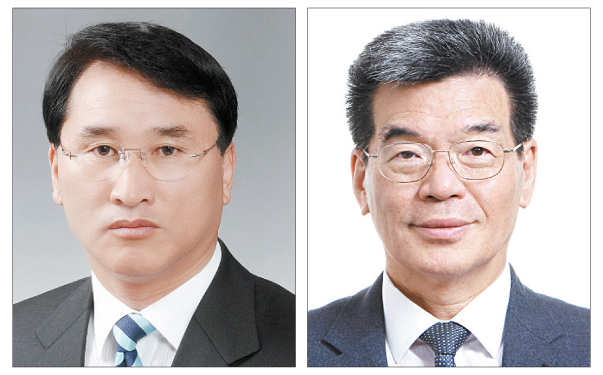 Hyundai Heavy Industries (HHI) has discontinued a single-CEO structure implemented a year ago, returning to the practice of appointing two company leaders.

Han Young-seuk, president and CEO of Hyundai Mipo Dockyard and Ka Sam-hyun, president and chief operating officer of the ship and offshore marketing division at HHI, were appointed to head the shipbuilder.

Han, who has been heading Hyundai Mipo Dockyard since October 2016, led the company as it reported a surplus for three consecutive years. Making healthy profits is the shipbuilder’s main goal after posting operating losses for three quarters before returning to positive territory last quarter.

Ka has been spearheading marketing for the company’s ship and offshore businesses since 2014.

“If the past management focused on surviving through the difficult market environment at home and abroad, the new management will pursue change and innovation to make the company grow,” a spokesperson for the shipbuilder said.

Shin Hyeon-dae, a senior executive vice president at HHI, was promoted and appointed as president and CEO of Hyundai Mipo Dockyard. Shin has been head of HHI’s shipbuilding business from November 2016 and previously was head of the company’s shipyard in Gunsan, North Jeolla.

Shipbuilding affiliate Hyundai Samho Heavy Industries will be headed by Lee Sang-kyun, currently senior executive vice president at the affiliate. After moving from HHI to Hyundai Samho in August 2015, he has been in charge of ship production process.

Jung Myung-rim, who was named CEO of Hyundai Electric & Energy Systems, was promoted from a senior executive vice president position.

“The recent reshuffle means that Hyundai Heavy Industries and major affiliates are set for a new start,” the shipbuilder said in statement.