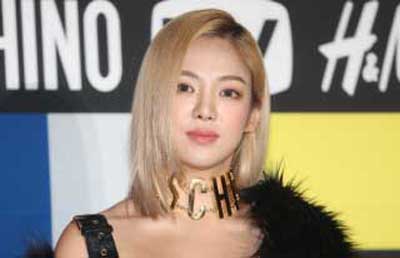 Hyoyeon of girl group Girls’ Generation is returning as DJ Hyo and dropping a new single on Nov. 13.

According to SM Entertainment, Hyoyeon’s upcoming single “Punk Right Now” will be released next week through music streaming services including Melon, Genie Music, iTunes and Spotify.

As a DJ, she has performed at EDM festivals and club tours, including the World DJ Festival in May and the 2018 Spectrum Dance Music Festival in September.

Hyoyeon debuted as a member of Girls’ Generation in 2007 with the album “Into the New World.” She released her first solo track “Mystery” in 2016.