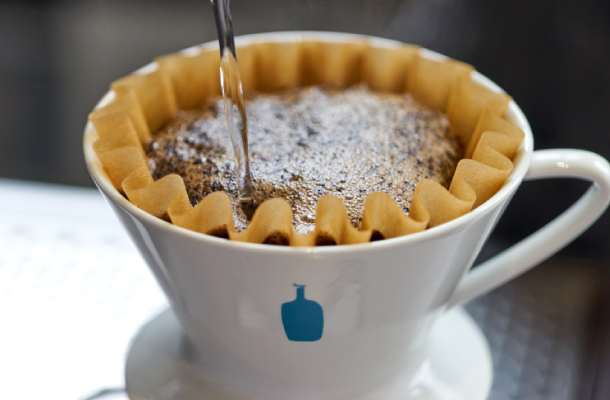 Blue Bottle Coffee targets the Brooklyn of Seoul as it establishes itself in Korea, its second Asian market after Japan. [BLUE BOTTLE COFFEE]

Blue Bottle Coffee has finally pinned down its first location in Seoul: Seongsu-dong, a hipster neighborhood often referred to as Seoul’s Brooklyn.

The U.S. specialty coffee chain announced Wednesday that it will open there in the second quarter of 2019. Seoul, with a coffee market valued at over 10 trillion won ($8.9 billion), will be the second international location for the Oakland, California-based company since it opened in Tokyo in 2015. Blue Bottle will be established in the country directly as Blue Bottle Coffee Korea.

The company is developing new menus for Seoul as well as merchandise specifically designed for the city, according to James Freeman, founder of Blue Bottle Coffee, in a statement.

The Seongsu-dong cafe will accommodate a roaster as well as a spacious training laboratory.

“We are eager to share Blue Bottle with the community of Seoul, and we have so many surprises in store for our guests there,” he said. “It will be like no other Blue Bottle anywhere in the world.”

Blue Bottle Coffee CEO Bryan Meehan hinted at branching out into Korea at the World Coffee Leaders Forum in November 2017. Since then, the exact location of the chain has been the subject of considerable speculation.

Samcheong-dong, central Seoul, was said to be the chosen location, but then a site near Gangnam Station in southern Seoul was mentioned. Finally, it was Seongsu-dong, an area of former industrial warehouses and converted factories where artists, designers and entrepreneurs have moved to and art spaces, restaurants, craft breweries and start-ups were established. Nearby is the idyllic Seoul Forest.

Blue Bottle currently runs 56 stores in the United States and 10 in Japan. The company has yet to announce whether it will launch more stores in Korea after the initial branch.