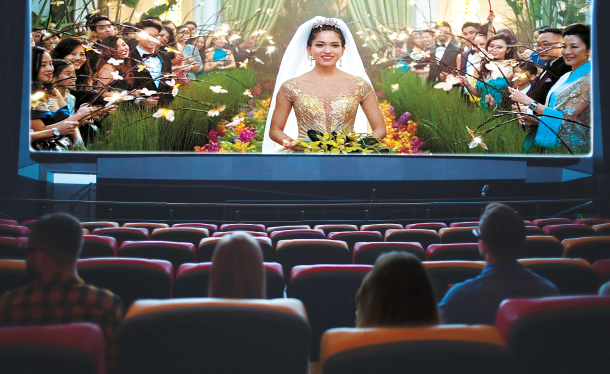 Far before its release, “Crazy Rich Asians” was one of the most anticipated romantic comedies of the year. A rare Hollywood movie telling the story of Asian and Asian-American characters, the film was hailed as a watershed moment for diversity and was an overwhelming success at the U.S. box office.

Based on Kevin Kwan’s best-selling novel by the same name, the film tells the story of Singapore’s wealthy elite. It is the first major Hollywood film to feature an all-Asian cast since “The Joy Luck Club,” which was released 25 years ago. The film, which cost $30 million to produce, has raked in about $230 million worldwide and has become the top-grossing Hollywood romantic comedy in nearly a decade.

Even with Asian characters at the center of the story, the movie has not been a success in Asia. It took until last month for “Crazy Rich Asians” to be approved for a run in the all-important Chinese market, where it will arrive on Nov. 30. “The Chinese government has in recent years frowned on anything that could be interpreted as a celebration of ostentatious wealth,” according to a report from CNN.

In Korea, “Crazy Rich Asians” failed to generate much buzz or resonate with local audiences despite the support from local celebrities like actors Han Ye-seul and Kang So-ra. Korean American singer and actor Eric Nam, along with his brothers Eddie and Brian, even bought out an entire screening of the movie at a theater in Songpa District, southern Seoul, and encouraged local audiences to attend, after they did the same thing at a theater in their hometown of Atlanta, Georgia in August.

Despite such efforts, the movie performed poorly in Korea.

In its debut weekend two weeks ago, the movie arrived in sixth at the local box office, with 87,000 tickets sold over the three-day period. In its second weekend, the film nosedived to 14th, with 9,300 admissions sold.

Since the movie’s release on Oct. 25, it has so far sold a total of a little more than 150,000 admissions as of Tuesday. 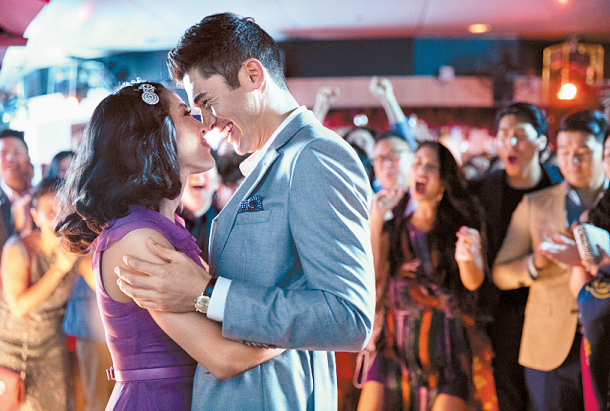 Despite its success at the U.S. box office, “Crazy Rich Asians” has failed to draw moviegoers in several Asian countries, including Korea. [WARNER BROS. KOREA]

Directed by Jon M. Chu, the movie kicks off when Rachel Chu (Constance Wu), an economics professor at New York University, agrees to accompany her boyfriend Nick Young (Henry Golding) on a trip to his hometown, Singapore, to attend the wedding of his best friend.

Nick lives a frugal life in New York, borrowing Rachel’s Netflix ID and playing basketball at a run-down local gym, so Rachel is stunned to find out that he comes from one of the wealthiest and most prominent families in Singapore when she arrives.

Due to his esteemed family background and good looks, Nick is a big deal in Singapore, and is desired by many women in the country. Rachel finds herself not only unwelcomed by a group of jealous girls, but also by Nick’s family, including his mother (Michelle Yeoh), who highly values family reputation and a woman’s responsibility to prioritize family over work.

But apparently, that was not enough for Korean movie-goers. Though some were attracted to a Hollywood film with an all-Asian cast, the story itself simply did not resonate with local audiences.

“The movie does not correspond to local sentiments,” said film critic Kim Heon-sik. “After all, the actors are mostly of Chinese descent, not Korean.”

The film’s closest connection to Korea is Korean-American actor Ken Jeong, who plays the father of Rachel’s best friend Peik Lin, played by actor and rapper Awkwafina, who was born to a Korean immigrant mother and Chinese American father.

Despite the victory in the fight for Asian-American visibility in Hollywood, some in Korea say that the movie is embedded with prejudice against Asians.

“In the movie, Asian characters are depicted from the viewpoint of Westerners.” Kim added, “They are neither treated with respect nor recognized as who they are.”

“At the base of the story is that an Asian person who didn’t seem rich turns out to be extremely wealthy. That is a stereotype of Asians - what’s so surprising about them being rich?” said Hwang.

Korea’s robust movie and music industries also play a role in the lack of demand from local audiences to see Asians in Hollywood films.

“People of Asian descent living in the U.S. or those who have experience living in the West may care about how Asian characters are depicted in Hollywood, but not people living in Korea. [We have our] own thriving culture that is rapidly spreading around the world. Unlike the previous generations that grew up listening to music from America, teenagers these days listen to K-pop music from popular local groups like BTS and Exo,” said Hwang.

For this reason, Koreans care more about how Korean content is being accepted and consumed in the West rather than their visibility in media made from a Western perspective. The more effective way to raise the visibility of Asians in film, according to Hwang, is to strengthen the Korean film industry and make local movies that can be widely consumed around the world.

Not looking for love

Apart from the movie’s failure to resonate with local audiences, the waning demand for romantic comedies is another reason behind the film’s weak performance.

Over the past few years, the genre has proven to be a very difficult to sell in theaters, partly because of the limited genres cinemas offer to audiences and the way films are distributed locally.

The first and the second weeks are the most crucial periods to determine a movie’s success. This has led distributors to opt for more commercially viable films instead of smaller movies that will only get a limited release.

Over the years, the lack of romantic comedy options has changed people’s tastes. This change in preference, according to Kim, has been boosted by the rise of free content online.

“Following the rise of YouTube, people have grown very used to consuming free content and are only watching content they like, [which is] picked by the recommendation algorithm.” Kim added, “In the era of a vast variety of content, people have grown too tired to actively search for anything more.”

According to Kim, this phenomenon explains the reason why most romance flicks that are lucky enough to make it to theaters these days are the re-releases that audiences are already familiar with, like “Twilight” (2008) and “August Rush” (2007), which are both scheduled for re-release here in December.

Backed by the film’s strong box office performance, the “Crazy Rich Asians” sequel “China Rich Girlfriend,” also based on Kwan’s novel, has been greenlit for production. It is set to be filmed in Shanghai.