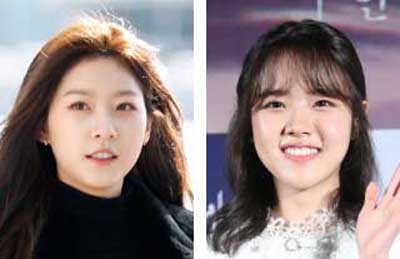 Actors Kim Sae-ron, left, and Kim Hyang-gi will both be majoring in theater and film at local universities starting in March.

Kim Sae-ron will be studying at Chung-Ang University, while Kim Hyang-gi will attend Hanyang University. Both have been accepted as students in the class of 2019 through rolling admissions.

During an appearance on JTBC reality program “Let’s Eat Dinner Together” on Wednesday, Kim Sae-ron said that she had recently had an admissions interview and that she would attend university if she passed.

She made her debut as an actor in 2009, starring in the film “A Brand New Life.” She became well-known through her appearance in the 2010 movie “The Man from Nowhere,” which she starred in alongside actor Won Bin.

She currently stars in “The Villagers,” which is now playing in theaters.