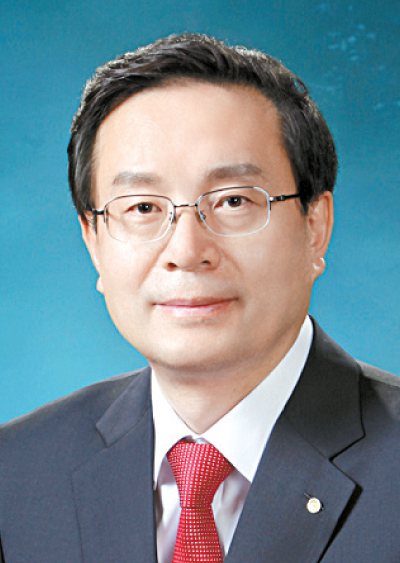 Sohn will lead both the holding entity and Woori Bank until March 2020 after shareholders officially agree on Dec. 28.

The bank said that Sohn’s double role is aimed at stabilizing the country’s third largest financial group at the start of a new corporate governance structure.

“The board members have held meetings several times to discuss the leadership and other governance issues,” said a source at the bank, “As a result of the discussion, they agreed on the need to have the Woori Bank CEO double as chairman of the holding company.”

The company cited the outsized share of profits that Woori Bank contributes compared to those of other Woori affiliates.

“Even if a holding unit is formed, the proportion of Woori Bank is so dominant that it will be inevitable to run the entire group with a focus on Woori Bank,” the source said.

The bank, the source said, will keep all its current outside directors save Shin Sang-hoon, former CEO of Shinhan Financial Group, who resigned from the board.

Investors welcomed the move as the share price of Woori Bank went up 1.27 percent to close at 15,950 won ($14.29) on Thursday compared to the previous trading day.

Woori’s transformation into a holding company was swift.

The Financial Services Commission (FSC) granted preliminary permission for the switch on Wednesday, and Woori was allowed to form a new governance structure through a transfer of stock ownership from Woori Bank to the holding company as early as January next year.

Woori Bank wants to revert back to its former holding company structure in order to expand cooperation among affiliates and increase the maximum investment allowed by the financial regulator.

It has been less than one year since Sohn took the helm of the bank.