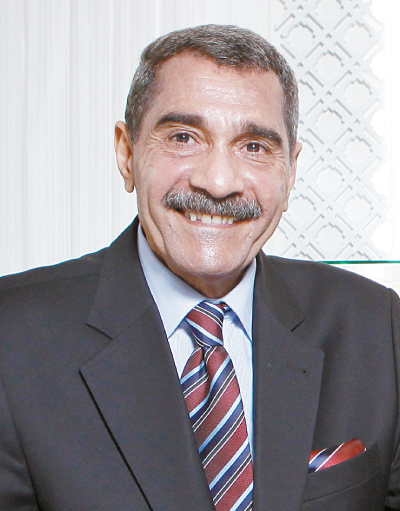 The Algerian Embassy and Algerian communities in Seoul today celebrate National Day, which recognizes the thousands of freedom fighters who fought in the 1954-1962 Algerian War of Independence, at the Grand Hyatt Seoul in central Seoul.

“This event is very important for Algerian people, because it serves as the starting point of a War of Liberation which one million and a half martyrs gave their life for,” Mohammed El Amine Derragui, the Algerian ambassador to Korea, told the Korea JoongAng Daily.

National Day is one of the most celebrated occasions in the country. The top envoy, who began his tenure in Seoul in April 2015, said he hopes to recreate some of the national spirit in Seoul.

“The National Day celebration is an occasion for the Algerian people to gather and remember the sacrifices of the freedom fighters,” he said. “On the national level, a great reception is organized and the president of the republic delivers a speech. On the local level, each district celebrates Nov. 1 with military parades and gatherings.”

Q. Tell us about the National Day of Algeria.

A. This year Algeria will celebrate the 64th anniversary of the outbreak of the National Liberation Struggle of the first [of] November 1954. Algerian freedom fighters formed the FLN (National Liberation Front) and took to arms on Nov. 1, 1954. The independence struggle achieved victory in 1962 when Algeria became a sovereign nation.

How is the day celebrated back in Algeria, and what is its significance to the Algerians?

This event is very important for Algerian people because it serves as a starting point of the War of Liberation for which one million and half martyrs gave their life for.

This is your third year as ambassador in Seoul. What have been some highlights from bilateral relations?

Algeria and Korea have been linked by a strategic partnership since 2006, and the two countries are working closely to further strengthen their relationships. The relations are founded on three pillars. [First, there are] regular political consultations. [Second] there are trade and economic relations - the amount of trade between our two countries was estimated at $2 billion in 2017. More Korean companies are convinced that Algeria, with its abundant resources and strategic position, is the right place to launch successful and profitable joint investments. [Third], there is multisector cooperation - we can mention the multitude of Algerian delegations who participated in several international conferences that the Republic of Korea host and the tens of Algerian citizens that benefited from different training and scholarships offered by the Korean government in a variety of fields.

On the cultural level, the Embassy of Algeria in Seoul took part during the last few years in many cultural events in the framework of promotion of Algerian popular culture: cinema (Algerian movie weeks), music, crafts, gastronomy, tourism and fashion shows.

What are your top recommendations for sightseeing in Algeria?

My country is very large and rich in term of culture, food, climate, geography, art, food and architecture. For example, Saharan tourism is highly recommended as the Algerian Sahara has the most beautiful sun rise and magnificent oasis. I also recommend seaside tourism. With 1,200 kilometers (745 miles) of Mediterranean coastline, seaside tourism in Algeria has great potential.

Cultural tourism is another key asset. Algeria is second only to Italy in terms of Roman ruins with over 500 sites dating back to antiquity. Besides, the northern cities of Algiers, Annaba, Oran, Batna, and Tlemcen all have beautiful Islamic and Ottoman architecture.

I invite Korean tourists also to enjoy the experience of the Algeria’s unique wines and gastronomy.

Where in Seoul can one experience Algerian culture?

The Embassy of Algeria participates in many cultural events organized in Korea, among them by the Korea Arab Society, the Korea Africa Foundation and Municipalities of Seoul and other cities. These events offer the Korean public the rare opportunity to experience the cultures of Arab and African countries and contribute to reinforcing the cultural exchanges between Korea and Algeria.