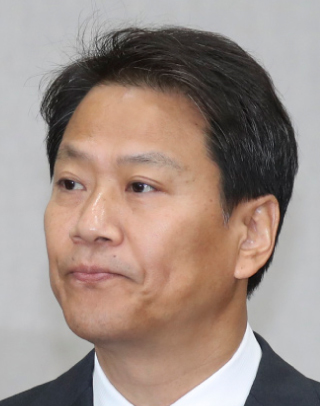 “While the KCTU [Korean Confederation of Trade Unions] and KTU [Korean Teachers and Educational Workers’ Union] might have internal difficulty [supporting government initiatives], I wish they could overcome them in order to lay the groundwork for social cooperation,” the presidential official said.

Im’s remark came as a surprise, given that Moon ran his campaign promising labor-friendly policies. The KCTU and KTU likewise supported Moon in the 2017 election as they hoped to see pro-labor union policies go into effect under his leadership.

When Moon was elected, the KCTU released a statement welcoming his election that said the “social meaning of Moon’s election is profound” and expressing hope for a meeting with him “to make a country where labor rights are respected.”

But in recent months, the KCTU, known for its aggressive street rallies, has criticized the government for the number of labor policies it believes are unfair to union members, such as the government’s new flexible approach to the 52-hour workweek.

Moon and political leaders agreed on Tuesday to allow companies to increase or decrease the maximum working hours depending on the amount of work needed at a given time.

The agreement came as businesses struggle to adapt to the shorter workweek, which lowers the maximum weekly working hours from 52 from the previous 68.

For example, a company that makes air conditioner parts could its increase working hours to more than 52 hours a week during the high-demand summer season and corresponding decrease them during the winter.

The KCTU made its opposition to the agreement clear, claiming it would undermine working conditions for employees.

Im’s remark Tuesday that they were no longer socially vulnerable and are now powerful organizations that should bear more social responsibility is a jab at the progressive labor union.

Hong Young-pyo, the floor leader of the ruling Democratic Party, was a member of the KCTU as a labor activist. Even he made a blunt remark Wednesday, saying, “Labor unions should participate in discussions [to improve economic conditions], not oppose every policy no matter what.”

The KCTU plans to go on a general strike on Nov. 21 to demand a revision to Korea’s union law, reform of the National Pension Service, transition all public-sector contact workers into permanent position and improve social safety net.