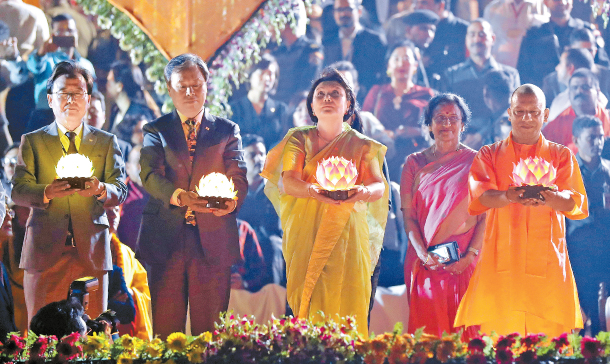 Kim Jung-sook, center, the first lady of Korea, holds up a lotus lantern lit at the opening of Diwali, the Hindu festival of lights, in Ayodhya, Uttar Pradesh, India, on Tuesday. Kim returned to Seoul on Thursday after wrapping up a solo trip to India, where she celebrated a memorial park for a legendary queen and promoted cultural ties between the two nations. [YONHAP]