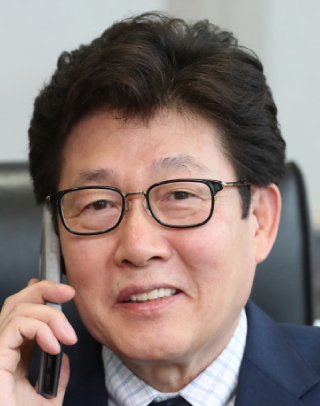 President Moon Jae-in is expected to confirm his appointment of Cho Myung-rae as environment minister on Friday, making him the seventh official appointed by the president to a ministerial position without National Assembly approval.

Cho, president of the state-run Korea Environment Institute, was chosen by the president to lead the Ministry of Environment on Oct. 5. He struggled in the National Assembly’s confirmation hearings over allegations of ethical lapses, including tax evasions and plagiarism of his thesis. Thursday was the deadline for the National Assembly’s environment committee to release a report on Cho’s hearings. The deadline passed due to partisan bickering over whether Cho was qualified to lead the ministry.

The most recent case was of Education Minister Yoo Eun-hae, who also serves as deputy prime minister. The opposition objected to her lack of expertise in the education field and ethical questions. While there are currently six ministerial-level officials who were appointed without parliamentary approval, two Constitutional Court justices - Justices Lee Eun-ae and Lee Suk-tae - were also appointed by Moon without Assembly approval.

Opposition parties objected to Justice Lee Suk-tae’s appointment over his liberal-leaning principles while Lee Eun-ae was accused of tax evasion and a false residence registration.

While Constitutional Court justices are required to attend confirmation hearings, they can still be appointed without parliamentary approval.

Moon also confirmed the appointment of Yang Sung-dong as president of state-run broadcaster KBS. This position is subject to Assembly confirmation hearings, but the appointment also does not have to be approved by the Assembly.