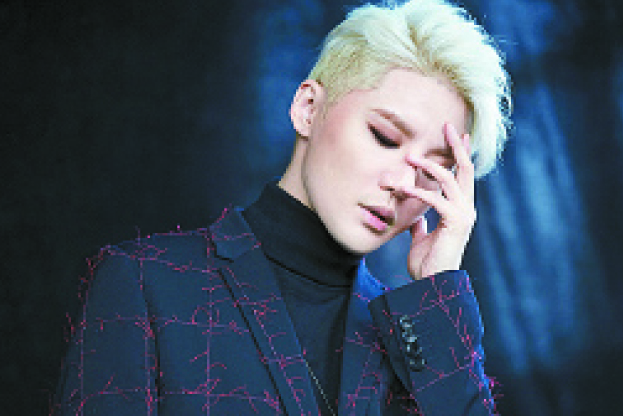 Kim Jun-su from boy band JYJ, who was recently discharged from his 21-month military duty, is making his long-awaited return in the upcoming musical “Elisabeth.”

According to EMK Musical Company on Friday, Kim will play the role of Der Tod, a character that personifies death, from Nov. 17 to Feb. 10 at Blue Square in Interpark Hall, central Seoul.

“I am very happy to be back on stage playing the role of death. I will do my best to showcase an unforgettable performance [for my fans],” Kim said.

Kim debuted in 2004 as a member of boy band TVXQ, but left the group in 2010 along with members Park Yoo-chun and Kim Jae-joong to form the group JYJ.

Kim will be holding his “2018 Way Back Xia Concert” from Nov. 30 to Dec. 2, at Jamsil Arena in the Jamsil Sports Complex, southern Seoul.