YEH YOUNG-JUNE
The author is the Beijing bureau chief at the JoongAng Ilbo. 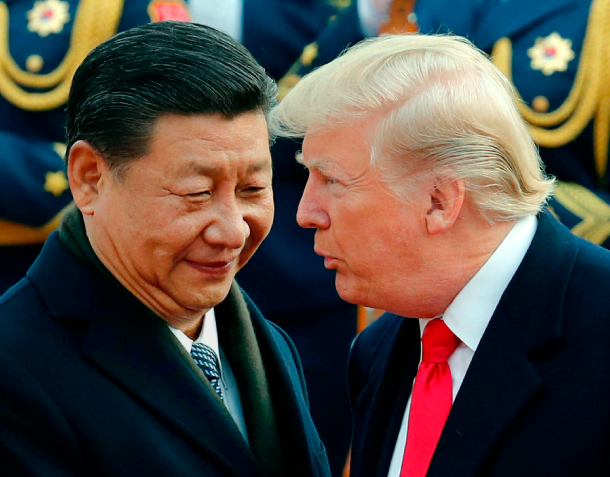 When Donald Trump was elected president of the United States two years ago, many Chinese people were relieved. They were worried that if Hillary Clinton won, she would reinforce the rebalance in Asia policy and pursue a strategy of blockading China. They thought Trump was a businessman who would make a deal with China to avoid confrontation.

In contrary to expectations, Trump focused on China bashing, starting with a trade war. China bashing is not going to stop at tariffs and is likely to spread all over. On Oct. 4, U.S. Vice President Mike Pence made this clear in a speech. It can be interpreted as a declaration to suppress China’s rise with all possible means in addition to the trade war. Some interpret it as a declaration of a new Cold War, shifting from the engagement policy since Nixon’s China visit in 1972.

In fact, there was an important precedent to Pence’s address. The National Security Strategy 2017, published in last December, defines China as a “revisionist power challenging the status quo” and states that a new era of confrontation has begun. The report proposes a trade war as one of the means. The fact that a security report — not an economic report — mentions a trade war suggests what America’s trade war with China is really all about.

Chinese leaders’ officially released comments and party and government stances are full of determination. If they appear weak, the authority of the Communist Party would be hurt. They are renewing their vows to fight back, recalling the saying, “If we win, we will eat meat, if we lose, we will eat grass, and if we surrender, we will eat garbage.”

Chinese leaders are actually in agony. They know very well that they are not powerful enough to fight with the United States directly. China set a goal of becoming the sole superpower of the world by year 2049, the 100th anniversary of the Communist state’s founding.
It still needs time to gain power, but the other side already kicked off a fight. It hopes that someone will break up the fight or come to help, but there is no ally in the international community that can take the job. Chinese President Xi Jinping is faced with a dilemma, as he knows it is not the time for a fight but still cannot avoid one.