Kiha & The Faces bow out gracefully: Pioneering indie band didn’t expect to make their final album, but it felt right

Kiha & The Faces bow out gracefully: Pioneering indie band didn’t expect to make their final album, but it felt right

When the band Kiha & The Faces made their debut in 2008 with “Cheap Coffee,” people were shocked at how popular the band’s folk songs became in a musical environment where indie music was considered nerdy and lame. Ten years have passed, and just when people thought that the band could not surprise them anymore, Kiha & The Faces are saying goodbye with their fifth and final album “mono.”

“Your life is on your own, and eventually you die on your own,” said lead vocalist Chang Ki-ha. At a meeting with local press on Nov. 1, the day of the album’s release, Chang and the other members talked about their satisfaction with the songs on the album, which ironically led to their decision to disband.

Although many of the songs on the album talk about parting - the lines “I will be glad if someone comes to me again, but at some point, I’ll be walking all alone again” in “All Alone,” and “My person, you were so beautiful, my season, I miss you so,” in “Nothing After All” touch on the theme - the idea of a finale wasn’t on the band’s mind when they began working on the album.

“It’s true that I’ve thought a lot about the word ‘alone’ for the past two years, but it wasn’t on my mind during the production [of the album,]” said Chang.

“We’re always thinking about how we can make a song better and how to do the right amount as a band. In that sense, the outcome was the best, and we knew that the sixth album couldn’t be better. So that’s when we concluded, that it will be better for us to go our separate ways at our musical apex. I think we are O.K. with saying goodbye because we’re doing work we are proud of,” said Chang.

The title, “mono,” is a reference to the recording process the band underwent for the album. The band was inspired by the Beatles’ first album and they decided to go record the album in mono, in which all of the sounds are recorded on a single microphone instead of giving a 3-dimensional depth to the sounds by using multiple microphones. 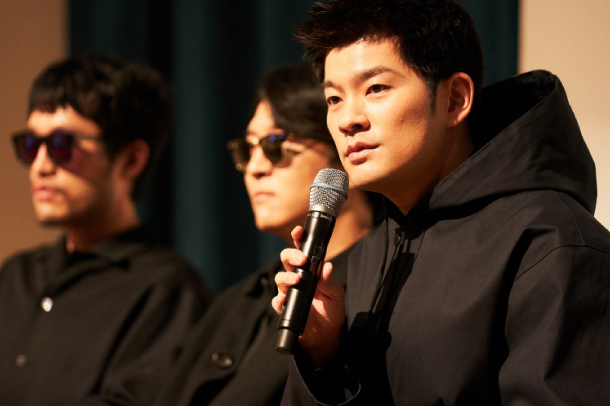 “I went to the Joshua Tree National Park in the United States to be in an environment where I was completely on my own,” said Chang. “I went to a place when I saw nobody around and spent a week there recording five hours a day. But when I came back, I realized that none of the recordings were usable. It was just better to record in a studio. Plus, my singing improved [while I was there.] But I think what I learned is in the songs in a conceptual way.”

This is exactly this experimental mindset that brought Kiha & The Faces to where they are now. From the moment they made their debut, they’ve been forging their own path in the music industry. Their lyrics don’t talk about love or the essence of life, but instead describe mundane, everyday elements of life. The line, “My soles part from the damp linoleum floor,” from their debut song “Cheap Coffee” was a refreshing retreat from the cliche conventions of music at the time.

There were other elements that added to the band’s popularity, such as the fact that Chang graduated from Seoul National University, Korea’s most prestigious university, and majored in sociology.

“In the Hongdae [neighborhood in western Seoul known as the center of indie music] indie scene, where the songs are either too tough or too quiet, they managed to bring the whole genre back to life by presenting a new style of music,” said Seojeong Min-gap, a pop music critic. “The band inherited folk music from the past and talked about the contemporary world, which gave them a unique charm.”

Time and time again, Chang was firm in saying that he wasn’t making music to speak on the behalf of young people. Their music, according to the members, “doesn’t carry any special meaning.” On the contrary, the band praises “Living the Carefree Life” with their song of the same title, in which they sing, “My life is so fun and everyday is so fun.”

“Korean works best for a Korean song,” said Chang, when asked about the biggest feat left by the band on the music scene. “We wanted to go with being natural, and for me as a songwriter, being natural came across as making a song that uses the language and nuance that you actually use in your everyday life. We constantly hide behind a language and a country that we think is better than us. But I think that we were able to bring out a unique Korean essence with our songs.”

What’s the band’s next step? “We’ll think about it on New Year’s Day,” they said. The band has their last concert series from Dec. 29 to 31, and so right now, they’d like to just think about that.

“We don’t think this is goodbye,” said Yohei Hasegawa, guitarist of Kiha & The Faces. “We’ve been closer to each other than family for the last 10 years. And now, we’ll be seeing each other here and there in the neighborhood after we’ve moved out of our house. When I get older and become a grandfather and my grandson asks me what I did when I was younger, I think the first thing that I will say, is that I was a part of Kiha & The Faces.”