Rethinking mukbang: Does watching people eat help or hurt us?

Rethinking mukbang: Does watching people eat help or hurt us? 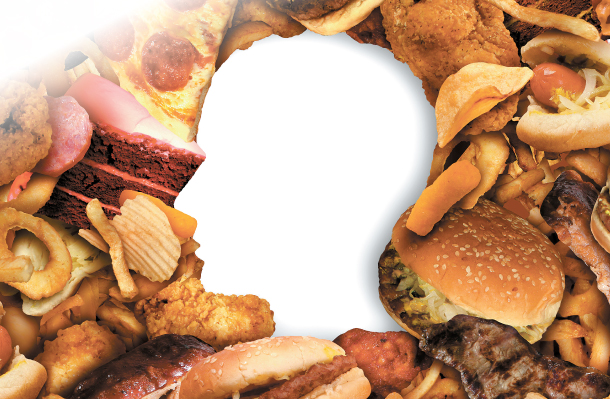 It is no exaggeration to say that mukbang, a portmanteau of the Korean words for “eating” and “broadcast,” has dominated media in Korea over the past several years. Millions of people tune in everyday to watch people challenge themselves to consume large amounts of appetizing food, saying they get vicarious satisfaction out of it.

This strange fad has led to the emergence of mukbang social media stars like Banzz, who has more than 2.7 million subscribers on his YouTube channel. He said in an interview with JoongAng Ilbo, an affiliate with the Korea JoongAng Daily, in July that his annual income exceeds 1 billion won ($8.9 million).

Television shows have also jumped on the mukbang bandwagon with programs like Olive’s “Bob Bless You” and Comedy TV’s “Tasty Guys,” which feature celebrities devouring food.

The fad has even become global. Popular mukbang content are also frequently seen by foreign viewers. Around 20 percent of Banzz’s videos are seen from abroad, including Vietnam. Other popular mukbang stars like Ddeonggaeddeong and Fran regularly receive requests from foreign viewers to introduce specific foods from Korea during their live broadcasts.

Successful foreign mukbang celebrities include Bethany Gaskin, who runs Bloveslife, and Canadian YouTuber Veronica Wang, whose Korean influence is obvious in the content she produces.

Most of the food she consumes on camera are Korean snacks like kimchi noodles or Korean cheese donuts inspired by a recipe from local fried chicken franchise BHC. Combined, the two have nearly 2 million subscribers.

Mukbang’s popularity has also led to variations like mukbang ASMR, in which creators record the crunchy, crispy and chewy sounds they make while they eat and the whispers of their voice with a microphone to stimulate viewers.

A big star on mukbang ASMR is a YouTuber named SAS. Her channel SAS-ASMR has more than 3.57 million subscribers, who tune in to listen to her eating different foods such as aloe vera, gummy candies, chicken nuggets and mochi.

This seemingly endless mukbang craze explains the strong public backlash against the Korean government’s announcement late July that it would consider regulating television and online food programs to combat obesity.

To slow down Korea’s rapidly rising obesity rate, the Ministry of Health and Welfare outlined pre-emptive and comprehensive obesity prevention and maintenance measures to hold onto 2016’s obesity rate of 34.8 percent through 2022.

Without the regulations, the obesity rate in Korea is projected to jump to 41.5 percent by 2022, according to data provided by the ministry.

When controversy over the government’s regulations snowballed, the Health Ministry later said that cracking down on mukbang is impossible.

Those against the government intervention generally argue that people should not be deprived of the right to watch the content they want in a democratic country while those on the opposite side stress the importance of the government’s role in regulating an environment that fosters obesity through the exposure of content that excessively stimulates their appetites.

Obviously, people at the forefront of arguing against government intervention are mukbang YouTube stars, whose stance is fervently supported by their fans.

Following the government’s announcement, Banzz posted a captured image of an Instagram message he received from a nurse. According to the message, the nurse witnessed a number of patients unable to consume food due to medical reasons like receiving treatments for cancer or digestive organs enjoying Banzz’s broadcasts.

“I felt touched after watching these patients feel comforted through your broadcast. So I really wanted to let you know how helpful you are to many of my patients,” the nurse wrote.

Others in support of mukbang include pregnant women suffering from morning sickness as well as people trying to control their weight.

“There are people who argue that mukbang fosters intemperate eating,” said a 26-year-old woman who is currently dieting. “But for me, I get satisfaction from watching the videos. I often watch the same video several times, and hearing the sounds of the broadcasters slurping food over and over again makes me grow tired of eating that specific food. I start off craving it, but end up feeling like I had enough of it.”

According to Oh Han-jin, president of Korean Society for the Study of Obesity and Health, mukbang undeniably has an influence on people’s level of consumption due to the imitation effect, but not everybody is affected by what they see.

Whether mukbang fosters or curbs eating depends on the individual.

“For people on a strict diet determined to lose weight, watching mukbang helps them imagine that they are actually eating and even possibly feel full afterward, ultimately helping them avoid eating,” said Kwak Geum-ju, a professor of psychology at Seoul National University. “But for most people without the strong determination to lose weight, watching mukbang could trigger an imitation effect, resulting in viewers searching for food they could have avoided.”

A recent survey conducted by Yoon Yeong-ho, a professor of medicine at the Seoul National University College of Medicine, proves a correlation between binge eating and watching mukbang.

Other possible contributors on the list were advertisements for alcoholic beverages and scenes of smoking in movies and in television. Among the survey participants, 64.2 percent of the participants said the biggest thing they believe affects their health is watching mukbang shows.

A survey conducted by the University of Liverpool also showed that the social media stars are encouraging children to eat more unhealthy food. The study split 176 children into three groups, who were each shown YouTube personalities promoting unhealthy snacks, healthy foods and non-food products.

Afterwards, the children were offered healthy and unhealthy snacks, including carrot sticks and chocolate buttons. The result showed that the group who had seen the social media stars eating unhealthy food consumed an average of 448 calories while others consumed 357 calories, or 26 percent less.

Emanuel Yi Pastreich, director at the Earth Management Institute, explained that the eating fad is stimulating the desire of the amygdala, an area of the brain that experiences emotions, which has resulted in a culture of group anti-intellectualism.

In a column for the JoongAng Ilbo, Pastreich wrote that the act of thoughtlessly eating food is seen as a desperate effort to fill up the eater’s empty soul, which is on par with binge watching music videos or pornography to fill up one’s spiritual vacuum. According to him, mukbang is an open celebration of wasting food and also encourages people to consume food meaninglessly.