Start-ups challenged by overregulation and lack of exits

Start-ups challenged by overregulation and lack of exits 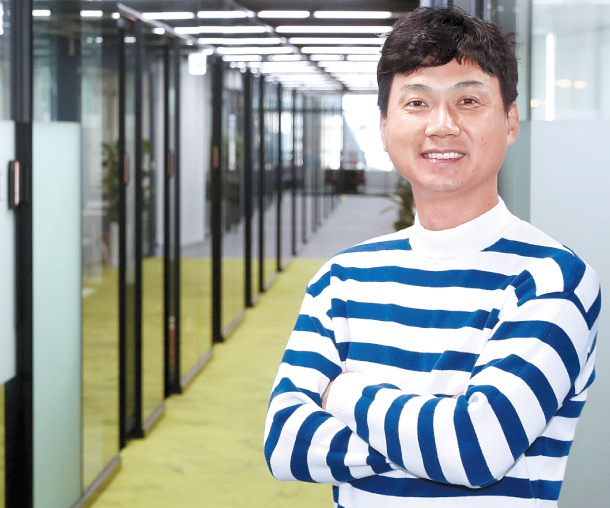 Park Jong-hwan is a Korean start-up success story. Twenty years ago, he was living in a basement room with a friend. In 2015, he became a legendary figure after selling his Kim Gisa navigation service to Kakao for 62.6 billion won ($56.0 million).

The co-CEO of Kim Gisa Company, who now also runs co-working space company Work&All and a start-up accelerator, met with JoongAng Ilbo on Nov. 2 to discuss the challenges faced by start-ups in Korea.

During the interview, he expressed the need for a change in government regulations.

“It is difficult for a second Kim Gisa to emerge in this regulatory environment,” said Park. “When I meet start-ups these days, they don’t have the confidence to start new things but instead worry about facing legal or social problems.”

“In an environment that first regards new ideas or businesses as illegal, start-ups lose confidence and creativity,” complained the Kim Gisa Company founder.

Park has struggled with regulations and a negative attitude towards the industry since his early start-up years. When nominated for an award, it was almost rescinded as his service didn’t provide location services inside buildings. When Kakao tried to implement Kim Gisa’s technology to match rides, it was met with government opposition. The government’s strong stance against the growing carpool and ridesharing industries is an issue that particularly frustrates the start-up pioneer.

Park, whose father is a veteran taxi driver of 40 years, said he understands the opposition from the taxi industry but explained that the carsharing service provides a better alternative for taxi drivers.

“If a company-owned taxi driver opts to operate on a car-sharing platform, the driver will pay two to three percent in fees instead of the payment to the taxi company, leading to increased income,” said Park. “If we set aside a partial fee for every service and provide it to the taxi industry, as it is done in Australia, private taxi drivers will be less opposed.”

“The government should be a mediator in the changing times,” he added. Park also argued that Korea’s business environment, which make start-ups mergers and acquisitions (M&A) difficult, pose as an unseen stumbling block for tech-based start-ups.

A positive cycle of investment, growth, profit return and reinvestment can only occur when there are numerous success stories of start-up exits. But complex tax-related regulations, difficult conditions for initial public offerings and a negative attitude toward start-up exits all prevent M&A from taking place, said Park.

The start-up founder lamented the lack of successful exits since Kim Gisa, “There hasn’t been a large-scale M&A in the three years since Kim Gisa,” he notes. “Promising local start-ups are leaving to countries abroad.”

Park’s co-working sharing company aims to ease some of the burdens faced by start-ups and provide an accommodating environment in the country’s tech hub in Pangyo, Gyeonggi. While tech giants such as NHN, Nexon and AhnLab are able to afford the high rent in Pangyo, it is difficult for start-ups.

Park argues that acquisition of start-ups by tech giants will become more common if start-ups settle down in Pangyo and create an environment similar to Silicon Valley.

“I would like to provide a mentoring space to help others reduce the time spent on trial and error,” said Park. “I am looking at two to three start-ups in which to make investments.”

The start-up mentor said that updating regulations that stand in the way of start-up development could help create new jobs - one of the main promises of the government.

“When the number of start-ups increases and their businesses grow, there will naturally be more recruitment. The quality of jobs will increase as the number of them rises.”