No Heroes without a villain

No Heroes without a villain 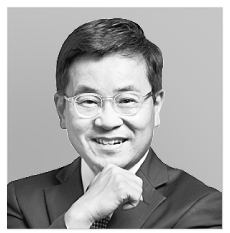 Chung Jeh-won
The author is a sports editor at the JoongAng Ilbo.

An aspiring businessman with an MBA from France’s elite Insead business school founded Centennial Investment in 2007 at the age of 41. The venture capital firm opened with two employees and sought mining and other resource development opportunities overseas.

He found a new business opportunity in professional baseball. The Hyundai Unicorns disbanded in October 2007 after its parent company, Hyundai Electronics, was sold off. The KBO went on a desperate search for a new owner to keep eight teams in the league. The KBO had already used up a 13.1 billion won ($12 million) reserve fund to pay the Hyundai Unicorns’ players.

The league was approached by a young businessman offering to match the 13.1 billion won and take over the four-time league champion team, doubling the amount another candidate had offered. The entrepreneur of a business with a modest 50 million won in capital also presented a new business concept called naming marketing, which brings in a primary financial sponsor in return for naming rights of the team. Since the company was little known, some mistook it for a Korean unit of a Seattle-based investment firm with the same name.

At the last minute, the businessman demanded the admission fee be cut to 12 billion won and threatened to walk away from the deal. The KBO gave in and the company formally became the owner of a pro baseball team on Jan. 30, 2008 without paying a dime. Soon afterwards, it claimed it had found a sponsor to buy the team name, giving birth to the Woori Heroes. The owner — Lee Jang-seok — asked to pay the admission fee of 12 billion won in smaller sums across 2008 and 2009. Again, the KBO had to accept his terms in order to keep eight teams in the league.

But the businessman failed to keep his word, and deliver the first payment of 2.4 billion won by the end of June in 2008. He somehow wired the dues a week later by getting 2 billion won from an ethnic Korean businessman in Japan with the promise of a 40 percent stake in the baseball team.

Despite the financial mess, the baseball club survived, though most of the star players were traded for cash. In 2010, the main sponsor changed hands and the name was sold to Nexen Tire in return for 10 billion won a year. 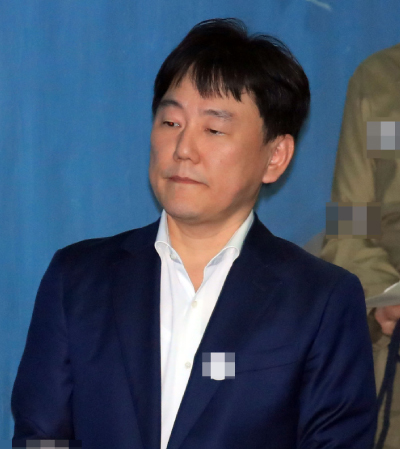 Lee Jang-seok, former president of Nexen Heroes, was sentenced to three years and six months in prison on Sept. 19. [YONHAP]

Lee even lent a bar owner 200 million won out of the company account. He was a scammer: Lee was charged for embezzling 8 billion won and sentenced to three years and six months in prison.

The CEO, who was once dubbed Billy Lee because he valued analytics and data to run a baseball club like Billy Beane, executive vice president of Oakland Athletics, ended up behind bars.

The KBO’s board recently voted to permanently expel Lee from the baseball community. The Heroes have found a new sponsor in Kiwoom Securities and will play as the Kiwoom Heroes starting next year. Even behind bars, Lee’s legacy may not have ended.