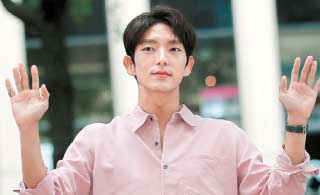 Actor Lee Joon-gi will hit the road to meet fans all across Asia during his upcoming fan meeting tour, set to kick off next month.

According to his agency Namoo Actors on Monday, the “2018-19 Lee Joon-gi Asia Tour ‘Delight’” will kick off on Dec. 15 at the Welch-Ryang Auditorium in Ewha Womans University, western Seoul. Lee will then make stops in Osaka, Yokohama, Taipei, Hong Kong and Bangkok.

Tickets for the Seoul fan meeting event will go on sale Friday evening.

He also made an appearance in the Hollywood movie “Resident Evil: The Final Chapter” (2017), appearing alongside popular American actor Milla Jovovich.