‘A Star is Born’ as Idol sandwiches gain fame

‘A Star is Born’ as Idol sandwiches gain fame 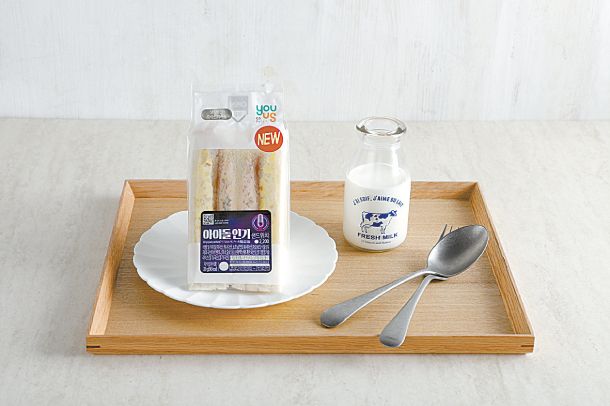 The so-called Idol sandwich is the No. 1 selling food at GS25 convenience stores - a rarity for a sandwich, the company said Monday.

It was inspired by a product supplied to a popular television program by a snack bar near the taping location. In the two-and-a-half-month period from its release in September through to Nov. 11, the store sold a total of five million Idol sandwiches.

In revenue, it is beating every other food product at the convenience store chain. It was also top in terms of unit numbers in the fresh food category, beating traditional leaders such as the dosirak (boxed lunches) and the triangular gimbap (seaweed rice roll).

According to GS25, such a strong performance by a sandwich is highly unusual at a local convenience store.

“Sandwiches have never reached No. 1 by revenue, let alone the top 10 by the number of units sold,” the company said.

The original Idol sandwich was made for the staff of SBS’s music program “Inkigayo” and for show guests. It was an online sensation and generated a frenzy among K-pop fans, who dubbed it the “Inkigayo” sandwich.

The sandwich showed up on the social media accounts of idols such as Twice and BTS, who were shown enjoying it during their off hours. Its fame grew in July when boy band Seventeen offered it as a gift to fans.

Curious fans uploaded the recipe online based on tips from those who had tried the sandwich - egg potato salad in mayonnaise with crab sticks, cabbage and strawberry jam.

In September, GS25, 7-Eleven and CU released their own versions. GS25 named it the “Ingi” sandwich.

“Sales figures are way surpassing what I initially expected - it’s very surprising,” said Yoo Young-joon, GS25’s sandwich merchandiser. He developed the sandwich recipe after reverse engineering the original version with the help of a friend and by studying recipes uploaded online.

Idol sandwiches are not alone in their fame: They seem to be lifting the status of sandwiches in general. From September through November so far, sales in the product category have jumped 66.4 percent year on year.

“The Idol sandwich seems to have expanded the market for sandwiches as a whole,” said GS25. “It’s not reducing the share of competing sandwiches. It’s adding to the total.”