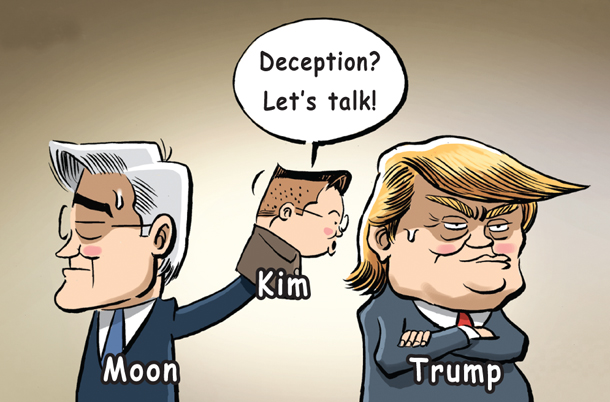 After a U.S. think tank said Monday it has identified at least 13 of an estimated 20 undeclared missile bases inside North Korea. Kim Eui-kyeom, the Blue House spokesman, rejected the idea that North Korea was being deceptive, as reported by some U.S. media outlets. Kim said, “The existence of such a missile site in itself shows the need for talks with North Korea at an early date.”