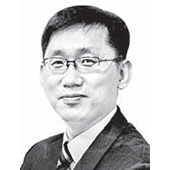 Oh Joon-seok
The author is a business professor at Sookmyung Women’s University.

The International Fiscal Association, a non-governmental body devoted to tax affairs with 12,500 members from 111 countries, held this year’s annual congress in Seoul in September. The focus was on the most powerful and iconic names in tech — GAFA standing for Google, Apple, Facebook and Amazon — in the context of legal and tax investigations. The issue of fair taxation of multinationals making huge money and yet paying little to host countries has gotten the attention of authorities in Seoul. Korean internet leader Naver for instance pays over 400 billion won ($351 million) in corporate tax and yet Google, which earns 2 trillion to 3 trillion won a year in Korea from digital platforms like Google Play Store and YouTube, does not pay income tax because it does not have a business operation base or server in Korea. But Seoul cannot confront the IT companies on mere assumptions. It must challenge them in the context of international norms.

As capital investment is needed for a bricks-and-mortar business, the digital economy requires digital investment to create platforms. Digital data can go to waste if it is not used. But when digital data is assembled, stocked, and categorized, it can be a valuable asset for businesses. The more users there are, the greater the value of the information reflecting their behaviors becomes. Tech companies invest greatly to run platforms but provide their basic services for free to build their information assets.

Taxation on income from worldwide revenue is the responsibility of the authorities in the country where a company is based. The countries where they provide services can tax incomes from their particular branch. It would be unfair to compare the levies on Naver, which is based in Korea, and Google Korea, the local operation of the internet behemoth. The European Union charges 23.2 percent on income from incorporated enterprises and 9.5 percent on global tech companies. It has been butting American tech companies for years for a fairer share of the profits they make through a so-called digital tax, but have yet to come to a conclusion.

The legality of taxing global tech companies is challenged by the lack of a permanent base. A traditional company usually would build a physical manufacturing site to enter a new market. Since it must access social infrastructure and public services, it must pay tax dues to the host government. But a digital platform does not require a physical presence to offer its services, and therefore can argue against taxing by authorities.

The Organization for Economic Cooperation and Development has been addressing the digital economy and its tax challenges since 2012 to prevent global companies from hopping nations and tax jurisdictions to pay as little tax as possible through base erosion and profit shifting. 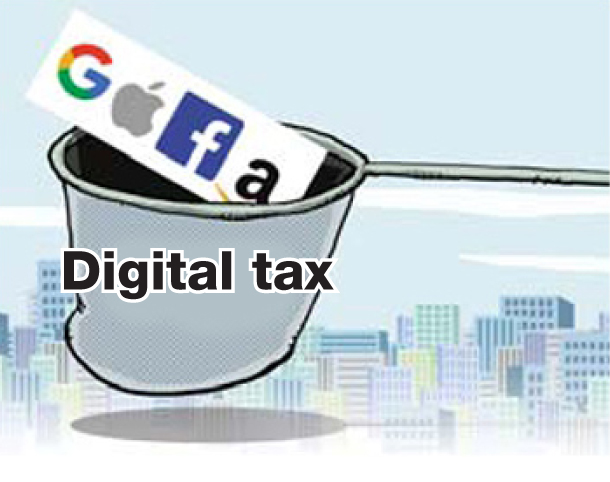 The OECD too has been incremental and discreet in its approach because justice in taxation is as important as fairness. A company’s competitiveness lies in its ability in value-making, not saving taxes. From a perspective of fairness, a digital tax has grounds.
But how to tax digital services requires more study. First of all, the move can raise issues about non-discrimination provisions and double taxation. When foreign and domestic enterprises fall under the same tax principle — a special tax on digital services — domestic players can face double taxation. If the tax is restricted to foreign companies, they can file trade complaints under the non-discrimination provision. Second, the OECD has guidelines on judging a “significant digital presence” such as the earnings made in the country, the number of users of digital products or services, and the number of business services available. But without full cooperation from the companies, authorities can’t get full access to information on their services and income. Then, there is the problem of setting the rates. The EU’s digital service tax proposes to simply levy upon the revenue, but setting the appropriate tax rate by mimicking EU formulas may not be easy. Finally, there is the risk of the extra levy translating into the retail service charges. The proposed digital service tax levies on the value of transaction, not the final income figure. Companies can reflect the tax burden on the transaction turnover and dump it on consumers.

Seoul authorities must be able to clearly argue the need for digital taxes on grounds of fair taxation and justify the legitimacy of the taxation to global tech companies to keep profitable businesses in the country. Combating such challenge is up to the abilities of authorities as companies are attracted to a market under reliable authority. If Korean society tries to overwhelm taxpayers through force instead of capability, it will only end up having less lucrative and submissive taxpayers. Authorities should embark on discussions on digital taxes based on inter-government and international cooperation.