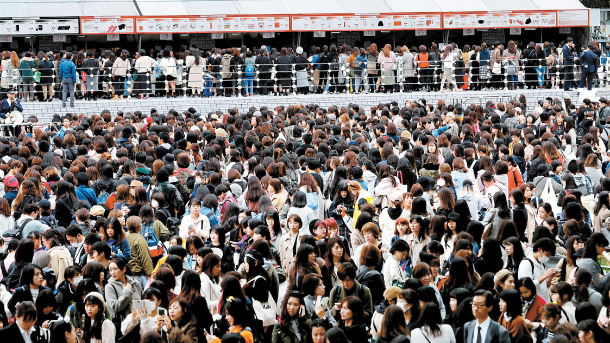 Fans of Korean boy band BTS, known as ARMY, stand in line to buy merchandise while at a concert held at the Tokyo Dome Tuesday. The concert attracted fans even though Japanese television networks TV Asahi, Fuji Television and NHK canceled scheduled BTS appearances on their music programs. Korean media reported that the cancellations were connected to a Korean Supreme Court ruling on compensation for laborers conscripted by Japan during World War II. [REUTERS/YONHAP]