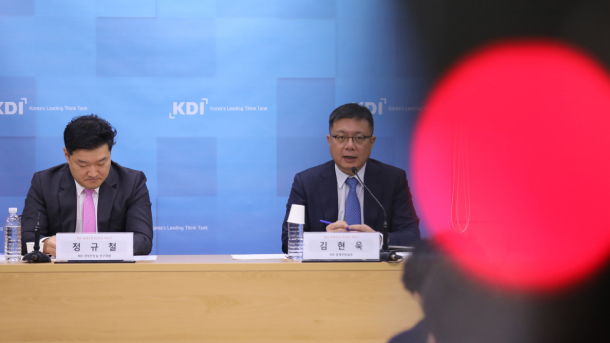 Half-cooked rice leaves bitter memories. When you eat it, you feel like you should have waited until the rice was fully cooked. I cannot help feeling like I am eating half-cooked rice when I look at the economic policies of the Moon Jae-in administration. Korea is not a leading economy, but copying welfare policies from advanced countries makes the economy unstable.

Sakong Il, director of the Institute for Global Economics, said Korea’s situation resembled the “trap of half-cooked developed countries.” He claims that the government values income distribution over growth. Next year’s budget shows that “dividing the pie” is being made the priority over “making the pie bigger.” In the 470 trillion won ($415.1 billion) budget, 35 percent, or 162 trillion won, has been allocated to welfare spending.

The Ministry of Economy and Finance, which is in charge of financial policies, said that taxes are expected to generate 60 trillion won in surplus over the next five years. The ministry is perhaps trying to accommodate the administration’s direction. It is saying that concerns over the expansionist fiscal policy are unnecessary, as the budget is sufficient.

It is true that dividing the pie is the basic role of the state. It is its function to relieve the disparity of wealth in the market economy and protect those falling behind: these are systematic devices — incomes are subject to income and corporate taxes. People pay additional taxes on spending, property and transfer taxes for buying and selling assets. Inheritance and gift taxes are as high as 50 percent. The government collects taxes without doing anything with them.

The Korean economy is rapidly plummeting, as key industries are losing vitality. China has taken a lead in the fourth industrial revolution. This year, annual growth is fixed at 2 percent. Aside from the semiconductor industry, exports are dropping. A grim reality is approaching.
It is difficult to walk back promises of a greater share in the pie. But in order to not fall into the trap of a half-cooked developed country, the speed of change should be controlled. Realistic approaches toward the minimum wage and reducing work hours are basic essentials. The endless company-bashing in this administration in the name of economic democratization needs to end.

The economies of Argentina, Venezuela and Greece were ruined during attempts to mimic developed countries. It is hard to revive a ruined economy. The United States, Japan, Germany, the United Kingdom and France remain powers through constant innovation. Their driving forces are labor reform and deregulation aimed at a new industrial structure. Deputy Prime Minister for Economy Hong Nam-gi, who said there is no crisis as of yet despite the economy sinking to low growth levels, should think more broadly about the economy. If the pie doesn’t grow, there will be no pie to share.