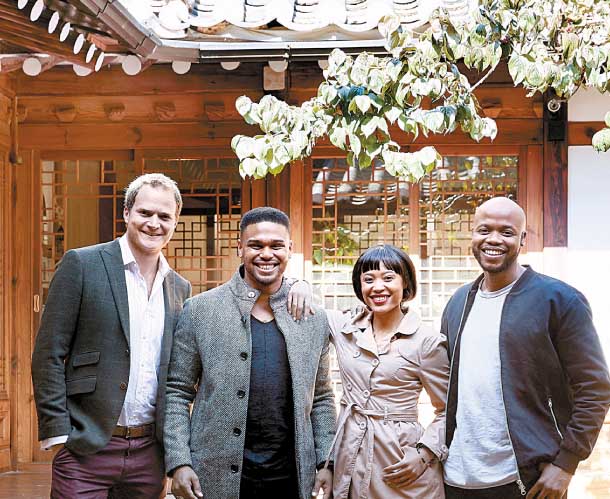 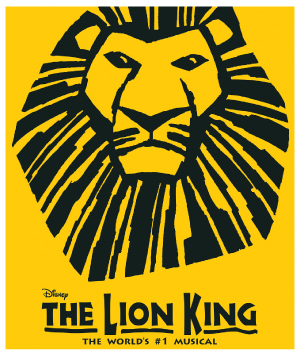 The hit Broadway musical “The Lion King,” based on Disney’s 1994 animated film, has been seen by over 95 million people in more than 100 cities in 20 countries since its premiere in 1997. But surprisingly, the international tour company who is currently performing at the Keimyung Art Center in Daegu “is the show’s first international tour,” according to Felipe Gamba, International Strategy Director at Disney Theatrical.

The international tour kicked off in March in the Philippines and then moved to Singapore in June. It then arrived in Daegu for a two-month run, before it heads up to the Seoul Arts Center for a three-month run starting in January. After that, the tour travels south to Busan, before heading to Taiwan in the middle of 2019.

Not only is this the musical’s first international tour, but the people involved in putting on the production are remarkably international themselves. The cast is made up of people from 18 different countries who have come together from all around the world for this show.

Similarly, the musical starts off with a scene in which animals that would usually be hunting each other come together to celebrate the coming of the new king, Simba. The actors say, despite their different races, ethnicities and backgrounds, they have come together to create harmony, a message they hope can be felt in the hearts and minds of the audience.

“I think it’s a message of what theater can do,” said Antony Lawrence, who plays Simba’s uncle Scar, the villain in “The Lion King.”

“Theater is such a multicultural thing. It’s one of those things where it can bring people together and for the two and a half hours the show is on, the outside world disappears … There are black people, white people and Asian people on stage and in the auditorium and zebras, elephants and antelopes altogether. We are pretty much the same thing and it’s what the world should be.”

Q. “The Lion King” uses large animal puppets and shadows to portray the animals onstage. Can you tell us a little about the distinct aesthetics of “The Lion King”?

A. Khanyile: The set design, as well as the costume designs, are quite expensive and extensive. The musical’s director Julie Taymor, (who also designed the costumes, the masks and the puppets) used an ancient form [of puppet] that allows the actors to be seen while using the costumes and the puppets. This gives a human element to the show.

Yes, it is quite a [handmade approach], but it is timeless in that sense because then you get to see somebody working and you get to see their passion and their energy get to be translated through.

The show is a hit all around the world. The tickets that have been made available in Korea have already sold out. Why do you think people are attracted to “The Lion King”?

Hlenti: I think it’s because of the timeless story. The themes that every human being can relate to - the theme of love, the father and son relationship, a young man having to find himself, a young woman having to stand up for herself, which is an everyday experience for every woman, and so on - are all in “The Lion King.” Also you get a glimpse of Africa, for those of who haven’t been. You get to hear African voices, you get to see African faces and it’s a real treat.

Lawrence: It’s indeed a good story, and a really relatable story. We are playing animals on stage, but we are playing with real human emotions. If you speak to a lot of people and if you ask them if they’ve seen “The Lion King,” often they’ll go yes and say that they’ve seen it a several times. They come to see the show several times - they’ve seen it as a child, they saw it when they were a teenager and come back to see it again as an adult. That’s because every single time you see the show, you will have a different response because the story is a journey.

One of my favorite lines in the whole show is what Rafiki tells Simba after [his father dies and] tells [him] that the “past hurts.” Then Rafiki says, “Yes, Past hurts. But you can either run from it or learn from it.” I think it’s such an amazing line because that is what life is about. All of us in this room right now would have had things happen in our lives, whether they have been funny, whether they have been traumatic, whether they have been hurtful, on both sides we’ve done bad things or had bad things done to us. On whatever level, we learn from those and that’s the only way we move forward in life. One of the main messages of the show is that we all have a past and we all move forward because we all learn from the past and however old you are when you come and see the show, that will ring true in some form and that’s why it’s so amazing.

Grandling: It was when I was six. It was the only time when my whole family got together - my family, my aunts’ family and even my uncle and his girlfriend - to watch a film. I remember as a kid there was a sense of excitement because that was the only time that I saw my whole family together in front of a television. It just shows how “The Lion King” is such a great thing for a family that everyone can relate to it, no matter how old they are.

Lawrence: If you look at the canon of Disney and their villains, it changed when it got to “The Lion King.” Because when you look at the villains before that, they were always an evil queen with a funny laugh, but in “The Lion King,” Scar had so many elements, so many adjectives. He is evil, funny, charming and manipulative, and there are so many motives and ways to play him. He was just a complex and interesting character, and as a kid, he was my favorite Disney villain for those reasons.

Hlenti: For me, what stood out, being a proud woman of color, is the fact that Disney had been making movies [about princesses] who dazzle, but are in distress and need to be rescued by a prince. But “The Lion King” was so different. Specifically, with Nala, you have this African warrior princess who goes out to make things right for herself, and she’s not waiting for some prince to come in and give her a kiss to wake up from her slumber and take her place. She’s doing it for herself. So that’s really inspiring for me to look at.

Khanyile: I first saw “The Lion King” in primary school as it was screened for the students. I remember so vividly because it was the first time that I heard my language on screen in an animated film. It was really exciting for me. I don’t know what was happening to me, but I was very excited and even though I didn’t know the songs I was singing along. I was so excited and bubbly to the point that the teacher needed to calm me down.


“The Lion King” will kick off its Seoul run on Jan. 9 at the Seoul Arts Center in southern Seoul. Tickets range from 60,000 won ($53) to 170,000 won. The show is in English with Korean subtitles. The performance starts at 8 p.m. on weekdays and at 2 p.m. and at 7 p.m. on weekends and public holidays. There are no shows on Mondays. The schedule for the Busan opening will be announced soon. For more information, call 1577-3363.