[News in focus] Elliott tells Hyundai to cough up

[News in focus] Elliott tells Hyundai to cough up 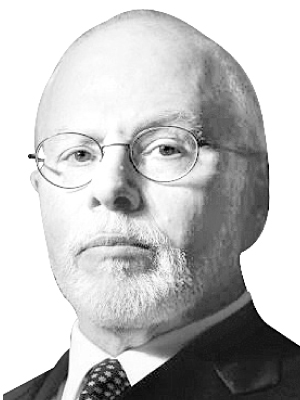 U.S. hedge fund Elliott resumed its tug-of-war with Hyundai Motor on Tuesday, complaining about a lack of shareholder returns and misused funds ahead of the announcement of a possible new restructuring plan.

The hedge fund run by Paul Singer sent a letter to Hyundai Motor’s directors to complain that the Korean automaker is overcapitalized and lacks shareholder returns.

The hedge fund suggested that the automaker should return the excess capital to Hyundai Motor and Hyundai Mobis shareholders in the form of share buybacks. It said that Hyundai Motor is overcapitalized by about 8 to 10 trillion won ($7 billion to $8.8 billion) and its auto parts affiliate Hyundai Mobis about 4 to 6 trillion won.

Elliott also highlighted Hyundai Motor’s purchase of real estate in Samseong-dong, arguing that it is an example of “a history of questionable use of cash flow” that has caused depressed shareholder returns. Hyundai Motor purchased real estate from Korea Electric Power Corporation in 2014 for a hefty 1.5 trillion won, but the site remains undeveloped. Elliott suggested that the carmaker should review its non-core assets.

Elliott also condemned Hyundai Motor’s lack of transparent communication with shareholders. It once again suggested that the automaker add new independent directors to its board to promote an improved corporate governance structure.

Analysts say the latest letter is a pre-emptive move to persuade other shareholders to maximize profit. Elliott is also pursuing more profit from Hyundai Motor and its affiliates, as their shares continued to plunge this year without much of a positive outlook in the near future.

Bloomberg estimated that the hedge fund has lost $500 million, or about 30 percent of its investment, assuming that its shares in Hyundai Motor and its affiliates haven’t changed. S&P Global Ratings also downgraded the carmaker and the affiliates’ rates after the third-quarter earnings announcement, which recorded an on-year drop of nearly 70 percent.

“The letter contains nothing new,” said Kang Seong-jin, an auto analyst at KB Securities. “It is seen as a pre-emptive move to persuade shareholders and secure an advantageous position at the shareholder meeting before a governance system is announced.”

Hyundai Motor Group, Korea’s second-largest conglomerate, has been pushing to restructure its governance since the beginning of this year, in line with the current government’s initiative to eliminate the problematic cross-shareholding structure among Korean conglomerates. It proposed a plan in March that would make Hyundai Mobis the de facto holding company of the group’s more than 50 affiliates.

The following month, Elliott revealed that it owns a 3 percent stake in Hyundai Motor, 2.1 percent in Kia Motors and 2.6 percent in Hyundai Mobis. The hedge fund objected to the restructuring scheme, saying the plan undervalues Mobis shares. Hyundai Motor nixed the plan and said it would come up with a renewed one soon.

Kang added that a renewed plan by Hyundai Motor will have Hyundai Glovis at the center as it holds less foreign investors as shareholders compared to Hyundai Motor, Kia Motors and Hyundai Mobis.