Lee Na-young makes a big return with ‘Beautiful Days’: The actor plays a North Korean defector in her first film in six years

Lee Na-young makes a big return with ‘Beautiful Days’: The actor plays a North Korean defector in her first film in six years 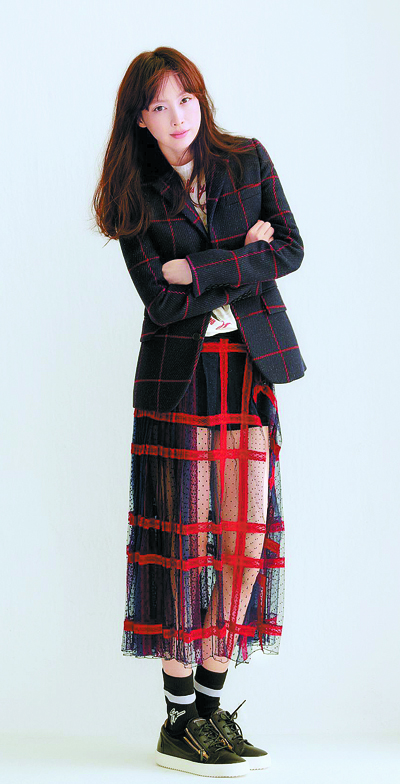 After laying low for the past six years, actor Lee Na-young has made her return to the big screen, much to the delight of her fans.

Her loyal group of fans has stuck with her throughout, partly due to her acting skills and partly because of her beauty and easy-going character, which have enabled her to land appearances in commercials and remain in the spotlight.

In an industry where people come and go easily, Lee has managed to maintain her reputation as one of the country’s top actors despite not having worked on any major project in years. Her marriage to Wonbin - often called the best-looking actor in Korea - in 2015, further raised people’s curiosity in Lee’s next career move.

“I have been very careful about my next piece,” said Lee during an interview held in central Seoul on Tuesday. “I wanted to wait until I could find a story that I had full faith in. I’m sorry to those who criticized my long career-gap because it’s proof that they wanted to see me on screen, but I thought the best way to not betray [my fans] was to return with a movie [that I could proudly present].”

Through “Beautiful Days,” which arrives in theaters on Wednesday, Lee is hoping to surpass expectations. 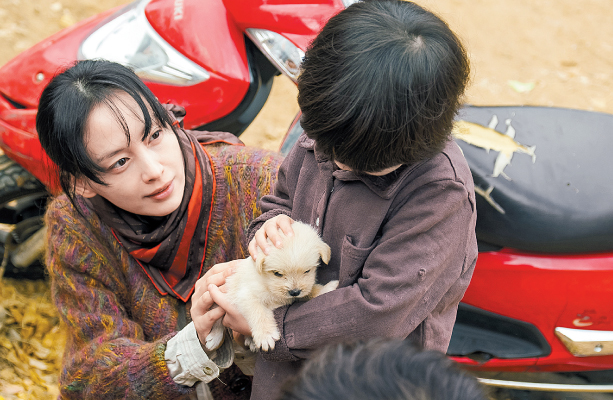 Told from the viewpoint of Zhenchen (Jang Dong-yoon), a young man who lives with his father and grandparents in China after being abandoned by his North Korean defector mother (Lee), the movie depicts his journey of finding out the reasons behind his mother’s choices.

Diverging from the pretty characters she is known to play, Lee plays a modest-looking social outcast whose life struggles are highlighted by the ironic title of the film.

After risking her life to defect from North Korea, Lee’s character is sold off to a much older ethnic Korean living in China. After giving birth to Zhenchen, she leaves her family and flees to South Korea where she works as a madam at a bar. (She wears modest clothing under a long red leather jacket and her red hair dye needs to be redone soon. Despite her cheap look though, she still manages to look stylish.)

After spending many years fighting for survival and enduring seemingly endless threats from the broker who helped her defect, Lee’s unnamed character grows numb to feelings, especially pain.

She remains calm when her boyfriend in South Korea is attacked, and even when she encounters her son for the first time in more than a decade, she doesn’t express love or happiness.

“She is a woman who just lives on, and will continue living on [that way],” said Lee about her role. “Battling to survive her entire life, she grows numb to the things that happen. So I had to deliver the character mostly through my eyes.”

She added that, “While acting, there were several times that I got emotional and felt something unexplainable. But I learned that all those expressions were cut when I watched the roughly edited version of the movie. I thought that was quite unfriendly to the audience, but after watching the final product, I agreed with the director’s decision [to cut those scenes]. It helps audience remember the beginning of the movie after watching the entire film, like cracking a code to why my character acted that way.”

Though “Beautiful Days” tells a dark story about the life of a North Korean defector, it nevertheless offers hope in its ending.

“We have invited North Korean defectors for a movie screening today (Tuesday). Though the story depicts an extreme situation, I believe they will feel happy about how the movie ends,” Lee said.

Despite the challenges of her character in “Beautiful Days,” Lee says the movie is about an individual’s happiness, which is also where her interest lies.

“Since I was much younger, I have thought a lot about what happiness is. It all depends on one’s situation and point of views in life, but for me, my standard of happiness comes from something trivial like eating good food.” Lee added, “I don’t have a grand goal I’m desperate to achieve.”

Lee is currently working on the upcoming tvN drama tentatively titled “Romance Supplement.” Co-starring actor Lee Jong-suk, the series, in which Lee Na-young plays a competent woman who has had a career break, is scheduled to air next year.

When asked what kind of actor she wants to be, Lee said, “I want to become a curious person. I hope to make people wonder how I will overwhelm audiences through my acting.”

“Beautiful Days” is rated 12 and above.