Korea-U.S. alliance should not be undermined

Korea-U.S. alliance should not be undermined 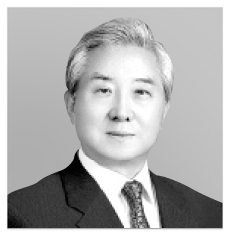 The U.S. State Department said on Oct. 30 that the Korea-U.S. working group was set up to coordinate the two countries’ positions on denuclearization and UN sanctions on the North. All member states must abide by UN sanctions, and South Korea should take the lead in the implementation of these sanctions.

When South Korean Foreign Minister Kang Kyung-wha mentioned the possibility of lifting the May 24 measure against North Korea, which bans on all inter-Korean cooperation projects, U. S. President Donald Trump expressed his opposition by saying, “Korea will do nothing without our approval.” It was reported earlier that Secretary of State Pompeo vented his fury when he failed to receive prior notification of the military agreement annexed to the inter-Korean declaration adopted in Pyongyang.

Nevertheless, South Korea decided to push for projects that could not be done without easing UN sanctions such as the inter-Korean railroad and the linking of roads, the operation of the Kaesong Industrial Complex and the resumption of tourism at Mount Kumgang. They also pushed ahead the opening of the South-North Joint Liaison Office in Kaesong.

Seeing friction between Seoul and Washington, foreign media began to report that the Korea-U.S. alliance shows signs of cracks. It was necessary for the State Department, therefore, to propose the establishment of a joint working group. The purpose is to install a safety valve that will prevent Moon government from breaking international cooperation on sanctions by pushing inter-Korean cooperation projects single-handedly.

Nevertheless, he propagates that Kim Jong-un has a strong will to denuclearize the country and tries to persuade world leaders to ease sanctions on North Korea.

President Moon does not consider Pyongyang as a hostile force threatening Seoul with nuclear weapons. He considers the North as a partner that will open the era of peace with South Korea.

For 50 years after the invasion by the North in 1950, South Koreans had lived armed thoroughly with anticommunist spirit. The appeasement policy toward the North had been unacceptable at that time. But in 1998, when former President Kim Dae-jung announced the Sunshine Policy, the situation changed.

Nowadays, as more than 60 years have passed since the end of the Korean War, anticommunist sentiment among Koreans has started to decline, and an atmosphere to see changes in inter-Korean relations has started to emerge. Moon, sensing this change, has promoted engagement policy towards the North, promising “the era of peace” in the peninsula, and has succeeded in getting public support. The inter-Korean summits held three times this year are earmarked as opening ceremonies that herald the era of inter-Korean peace.

Korea has a tragic history of experiencing submission. After being invaded by China’s Qing Dynasty in the 17th century, the king and the courtiers fled to Namhansanseong Fortress. With the enemy at hand, the courtiers were divided into doves and the hawks. In the end, the doves prevailed, and King Injo went down the fortress and knelt before the Qing Empire. After that, the Joseon Dynasty (1392-1910) had to suffer from harsh conditions of the peace treaty and the humiliation of becoming a tributary country for 200 years.

The conservatives who support hard-line policy towards the North worry that President Moon’s appeasement to the North would bring about unification under communism similar to that of Vietnam. President Moon wrote in his autobiography “The Fate” that he felt “great joy at the victory of truth” when he read the book written by Rhee Young-hee, a leftist scholar who was popular among left-leaning students in the 1980s, which predicted the collapse of Vietnam in 1975.

Conservatives have raised suspicions that President Moon accepted the unification of Vietnam under communism without repulsion.

The issues of declaring an end to the war with North Korea, which requires Washington’s approval, and President Moon’s slogan of opening the era of peace are similar to issues faced by Vietnamese leaders 43 years ago. President Moon should listen to the conservatives’ arguments and try to dispel their concerns.

Moon Jae-in, like former President Roh Moo-hyun, tends to keep his distance from the United States. This also makes it difficult to maintain close cooperation between the two.

In his speech on Aug. 15, President Moon said, “Developments in inter-Korean relations are not the by-effects of progress in the relationship between the North and the United States.” He also said, “I believe in the importance of recognition that we are the protagonists in Korean Peninsula-related issues.”

Of course, North Korea welcomed the statement. The Rodong Sinmun, the organ of the Workers’ Party of the North, carried an article that asked President Moon to exclude the United States from discussions on issues related to the peninsula and urged to take a joint step with the North.
President Moon should bear in mind that North Korea squeezes in where there is a gap between South Korea and the United States.

The first season of this diplomatic drama on North Korean denuclearization, which started with an invitation to North Korea to participate in the Pyeongchang Winter Olympics, is about to end.

It all started when North Korean leader Kim Jong-un, in his New Year address, announced North Korea’s participation in the Olympics. In February, he sent his younger sister Kim Yo-jong to Seoul as a member of the Olympic delegation.

Kim Yo-jong, upon arrival in Seoul, said she came as a special envoy of Kim Jong-un and delivered Kim’s personal letter to President Moon. Thus, the diplomatic drama on North Korea’s denuclearization started to unfold. In retrospect, the author and the hero of the drama has been Chairman Kim.

Since then, the main point of the drama has become Kim Jong-un’s “will to denuclearize North Korea.”

However, there is no evidence to prove Kim Jong-un’s “will to denuclearize North Korea,” other than Kim’s words.

Even at this point in time, it is still unclear whether Kim Jong-un has the “will to denuclearize the country” or not. It is hidden in the fog.

“Denuclearization” has delighted the eyes of the world by producing such spectacular shows as the April 27 Panmunjom Summit, June 12 U.S.-North Korea Summit in Singapore and the Sept. 18 Pyongyang Summit.

In the follow-up series, Kim Jong-un must show his firm will to denuclearize North Korea. The nuclear list should be submitted and the procedures for verification and dismantlement of nuclear programs should be made. Then, the end-of-war declaration will be made and the UN sanctions lifted.

The peace-loving people of the world look forward to see an era of inter-Korean reconciliation and a day when Northeast Asia becomes free from the threat of nuclear proliferation.