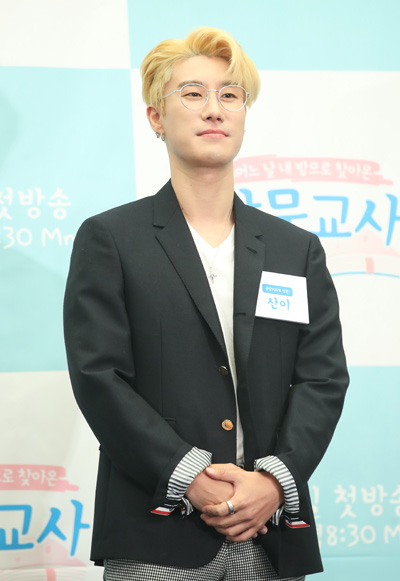 Referring to a recent bar fight between two women and four men in Seoul on Tuesday, rapper San E uploaded a new song on YouTube Friday titled “Feminist,” drawing a heated reaction from both feminists and anti-feminists.

On Thursday, San E uploaded the footage of the fight, which was allegedly taken without consent, but deleted the post soon after when Instagram users pointed out that the video was taken illegally.

The 33-year-old rapper then uploaded a post reading “I am F E M I N I S T,” alluding to the new music video, which followed two hours later.

Though the introductory comment of the video states that he “does not hate women, but situations in which hate brings hate,” the lyrics list all the gender-related controversies that take place these days from a strictly male point of view.

On the other hand, his private Instagram account has been bombarded with comments reading, “Why would we go to the military when you even haven’t?” referring to his military exemption.

The video has seen over 150,000 times within just three hours. San E is not subject to the mandatory military service as he is a U.S. citizen.