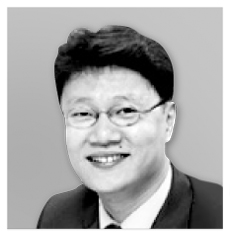 A knife can be used to make a meal, but can harm others in the wrong hands. Likewise, numbers in statistics can be used to spin different narratives. President Moon Jae-in has put new commanders in charge of economic policy. The October employment data was the first test put to the new economic leaders — Hong Nam-ki, the new finance minister, and Kim Soo-hyun, Moon’s new policy chief.

The troubles of mom-and-pop shops getting by without employees surfaced last November. In October, the section had 101,000 fewer jobs than last year, which suggests that many individual stores gave in after a yearlong struggle. Even shops that can afford outside help are letting workers go. After they shut down, both shop owners and workers lost jobs. Family members have to help out in stores and small restaurants if they cannot afford to pay workers. The fact that unpaid family workers fell suggests that these shops have now gone out of business.

The numbers do not lie. The Korean economy no longer generates enough growth and income to create jobs. An accurate diagnosis raises the chances of a cure. Moon’s first economic team deliberately chose not to accept reality: they claimed that employment fell due to a thinning working population and state-run think tanks issued reports that backed these arguments. 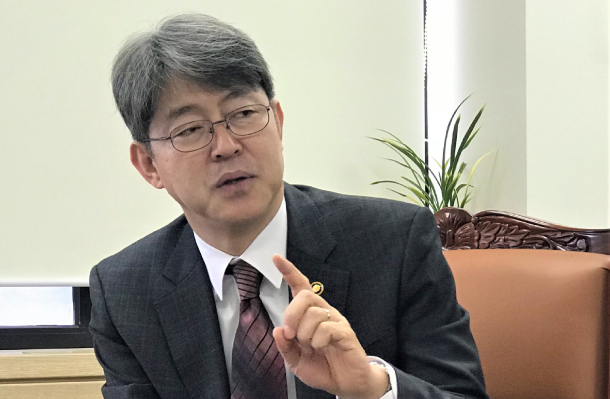 Kang Shin-wook, the new chief of Statistics Korea, says that Korea should consider the issue of income distribution in terms of its long-term changes to the Korean economy’s structure. [YONHAP]

Diverse interpretations and opinions create a healthy society. But misleading and arbitrary interpretation of statistics to fit one’s argument can be dangerous. The numbers were molded to accommodate the ruling party’s ideology. Moon’s economic aides confused the public with critical misinterpretations of the numbers. For instance, they attributed the precipitous fall in employment to the reduction of the working population between the ages of 20 and 59.

But the gap between the rich and poor has widened. The most vulnerable class has been losing jobs. This phenomenon coincided with the government-enforced increase of the minimum wage. Self-employed shopkeepers first cut employees and eventually had to close down their businesses. This policy should be changed if numbers call for remedial action. It is not that the minimum wage should not go up. But the pace should be slowed if employers simply cannot keep up with it. It is useless to make excuses for obvious problems. Misinterpretation can lead to the kinds of policy missteps that make the lives of the poorest people even more difficult.

Greece’s woes were brought about when it tampered with statistics: the state habitually fabricated and omitted unfavorable data. As they did not trust the state, the European Union and the International Monetary Fund (IMF) demanded that the government hire former IMF economist Andreas Georgiou as the statistics chief in return for a bailout fund in 2008. He revised the measurement standards to raise Greece’s 2009 fiscal deficit ratio against the gross domestic product to 15.8 percent from 13.4 percent, inviting harsh austerity prescriptions from creditors. He made powerful political enemies who charged him for a breach of duty and hurting national interests. In an interview with the Financial Times, he claimed he was made a political scapegoat because he refused to manipulate statistics. He claimed that statistics in Greece were a “combat sport.” We should not go down the doomed path — we must not ignore the numbers.