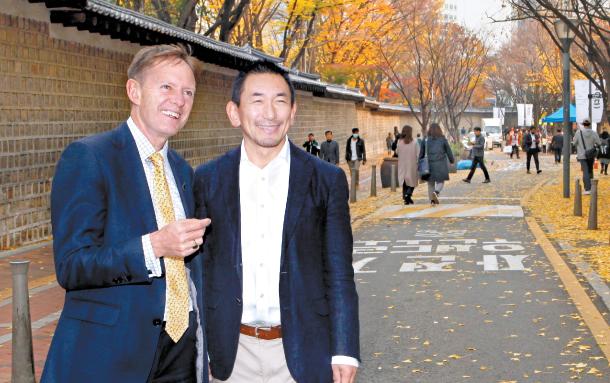 Ambassador of New Zealand to Korea, Philip Turner, left, and his partner Hiroshi Ikeda by the stone wall of Deoksu Palace in central Seoul on Nov. 9. [PARK SANG-MOON]


King Gojong is known as one of the first kings of Korea to have enjoyed coffee regularly.

Gojong is said to have sipped his Americano in Jeonggwanheon Hall on the palace grounds or in the Russian Legation when he took refuge for one year after the murder of Empress Myeongseong in 1895.

Little did the king know then that, only a century later, people would be sipping their cappuccino or ice vanilla latte by the window of a cafe that overlooks the palace grounds.

“One way to experience something Kiwi in Seoul would be to order a flat white at a coffee shop,” said Philip Turner, ambassador of New Zealand to Korea, at a cafe on the 13th floor of Seoul City Hall’s annex building in central Seoul on Nov. 9.

“Though of course, both Australians and Kiwis have a claim over where the flat white comes from,” said Hiroshi Ikeda, the top envoy’s partner who worked for Coca-Cola Japan, Yakult Europe and Fonterra.

As the New Zealand Embassy is located in the Jeong-dong area in central Seoul, Turner almost never misses a day to walk through the area, especially along the popular stonewall road on the east side of the palace.

“I think Seoul is one place in the world where you feel history is very close,” Turner said. “The Jeong-dong area is especially so with quite iconic 19th-century buildings — European, American, British, French, Russian and Japanese. That was a period of great change in Korea.”

The area reminds him a lot of a place back in New Zealand — a pocket in Auckland with lots of 19th-century buildings that speak to the history of the country.

“Auckland was the capital city for 25 years,” Turner said. “There are some structures in the Auckland University area that speak about the city during this time, when quite a number of public buildings were being built, like the Old Government House, the Clock Tower and the High Court Building. The Jeong-dong area reminds me a lot of this area.”

The following is an excerpt of the interview with Turner and Ikeda as they delve into the history of Auckland, New Zealand and its people.

Left: The Clock Tower building at the University of Auckland, designed by American architect, Roy Lippincott. Above: The Old Government House, also located in the university, built in 1856 in the classical style and a key location for the government of New Zealand until 1865. [UNIVERSITY OF AUCKLAND]

A. Philip Turner: The Old Government House was built in 1856 and is now part of the Auckland University. It was where the governor of New Zealand lived at the time and was designed to look like a grand old European house. It is surrounded by old trees and has a beautiful green lawn. When I was a student at the university, we would have lunch there under the trees.

The High Court Building is more in the Gothic revival style, with arches that were designed to reflect medieval architecture that was popular in the late 19th-century. The building is also built with bricks, in a style not unlike some buildings in Jeong-dong, like the Ewha and Baejae schools.

Hiroshi Ikeda: The Auckland University precinct is a nice place to walk around. You will also see many merchant houses preserved from the 1870s and ‘80s.

The Moon Jae-in administration is working to relocate government bodies and public organizations to regions outside of Seoul. Tell us about the move of the capital city from Auckland to Wellington.

Turner: As I understand it, Korea chose its capital in the past, Hanyang, for its prime location for the defenses of the country. For us, the reason for choosing Wellington as the new capital city of the country has to do with transportation.

Back then, most people moved by ship and it took several days for members
of the parliament throughout the country to get to Auckland. Wellington, being the most central place in the country, was therefore selected as the new capital city. The move was quite controversial at the time, but it’s worked out over the years.

But I think for Seoul, the way the government has decentralized and moved some of its bodies to Sejong, that’s released a lot of pressure, particularly on Gwanghwamun, a historical center. Even though Seoul’s a huge city, it doesn’t feel as congested as I expected, because it’s been decentralized. So the government, in my opinion, has done a good job in pushing out, and each area has a different personality.

Would you say Wellington and Auckland have different vibes?

Ikeda: Wellington has a feeling of a compact, concentrated city — that the whole city is a community.

Turner: It is small but feels cosmopolitan at the same time — we call it the coolest capital in the world. It has a good bustling night life and people love living there because of the cool drinking and dining environment.

Auckland is quite different — it is much bigger, more spread-out, but has a very nice climate for outdoor activities. It is sometimes referred to as the city of sails — so many people go boating, I think it may have one of the largest proportions of yacht ownership in the world. But I would also add that Auckland has become a new diverse city — 39 percent of Aucklanders were born outside of New Zealand and 25 percent of Aucklanders are Asian. There are about 40,000 Koreans, which makes up nearly 1 percent of the whole population of the country. 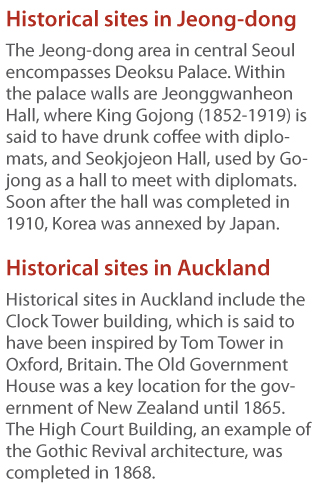 Where else in Seoul do you think people can get a glimpse of Korea’s history?

Turner: I think Seoul is one place in the world where you feel history is very close. Particularly because North Korea is right there — just over those hills, 50 miles away is the other half of Korea, which is divided because of historical reasons. And you have conscription — you walk around in towns and you see all these young guys in uniform. And that’s because of the threat from North Korea. So you feel the history, all the time.

When I first came to Seoul, you couldn’t see Gyeongbok [Palace], because there was the big [Japanese] administrative building there.

I think it was in the late ‘90s when they demolished it. And now you look at Sejongdaero, and you see the Blue House, Gyeongbok [Palace], Gwanghwamun and it’s beautiful. I think the city has done a fantastic job of restoring the view of the palace and opening up the center of the city and making it look historical again.

How do you think Seoul has changed since your first visit here?

Turner: I first came here in 1991. Now it’s become a world city in the sense that it is very international. For one, a lot more young people in Korea today speak English. When you get on a bus or subway, the signs are in English, Chinese and Korean. You have a fantastic transport system and it is very easy to navigate around in the city.

Ikeda:I’m impressed with the bus system. And since this city is surrounded by hills, we’ve gone to [Mount] Inwang and [Mount] Bukhan by public transportation and we’re planning on gong to [Mount] Bukhan again soon.

Turner: Last Sunday, we got on a bus and got off at the last stop and walked up [Mount] Bukhan. In how many cities in the world can you do that? The mountains are very accessible. And when you go tramping along the hills, you can follow the city walls and some of those stones in the walls go back like 300 years. So there it is again, the modern and traditional faces of Seoul in one experience. 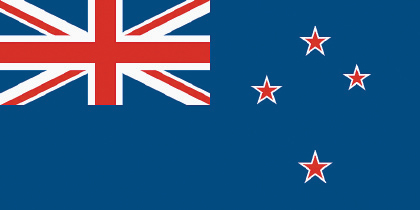 More Kowis, or Korean Kiwis, are rising in the entertainment and sports scene. K-pop stars Microdot, Beenzino, Sanchez, Bizzy and Jennie from girl group Blackpink grew up in New Zealand. Lydia Ko is a world-leading golfer.

Born and raised in New Zealand, Lewis Patterson received an honorary citizenship of Seoul for his contribution to business and trade relations between the two countries. He spent 12 years in Korea where he founded Latitude in 2010, which assists New Zealand companies seeking to enter the Korean market.

Philip Turner began his tenure as the New Zealand ambassador to Korea in April 2018. Previously, he was the director of global stakeholder affairs at Fonterra. Prior to that, Turner served in the New Zealand Ministry of Foreign Affairs from 1986 to 1999.

Hiroshi Ikeda, Turner’s partner, was born in Japan but has lived and worked in China, Belgium, Japan and New Zealand. He has worked in marketing and business planning for Coca-Cola Japan, Yakult Europe and Fonterra. Ikeda has recently been working with the Japanese government to champion same-sex marriage and LGBT non-discrimination.