MOON SO-YOUNG
The author is a cultural news editor of the Korea JoongAng Daily. 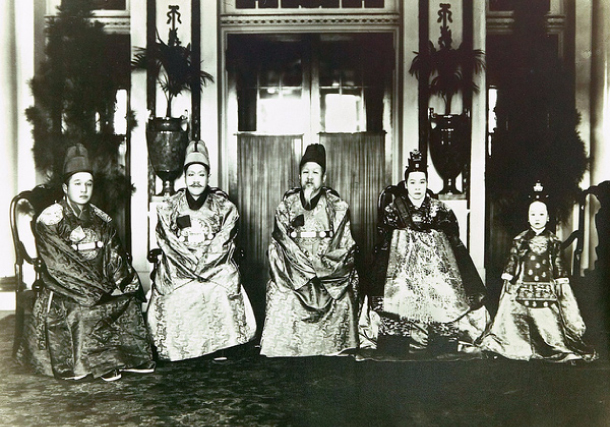 One of the hot topics in the cultural scene this year is Korean Empire (1897-1910). Various artifacts from the era were restored, and the drama “Mister Sunshine” drew attention to the time period. The National Museum of Modern and Contemporary Art at Deoksu Palace is holding the exhibition “Art of the Korean Empire — Seeking a New Path.” All of this proves that there were voluntary efforts for modernization even before Korea was colonized by Japan. It is very meaningful to investigate and research the endeavors of our ancestors.

But at the same time, it is also important to study why these attempts reached limits. The attempt to build a modern state began too late, and the problems of the old system in during the Joseon Dynasty (1392-1910) were too serious. It is important to examine the scenes of ‘Hell Joseon’ that a Westerner witnessed three years before the Korean Empire was established. Austrian travel writer Ernst Von Hesse-Wartegg wrote a book titled “A Summer Journey to the Land of Morning Calm.”

“When I arrived at a city while travelling India, China or Japan, the news of arrival of a stranger spread quickly, and merchants trying to sell exotic goods gathered in front of my house, offering all the valuables. But in Seoul, I had to ask the people to call the merchants, and all they could offer were boxes, hats, pipes and paper goods.”

“If they make more money than they need to maintain their living, the excess will be taken by officials. The officials are the most important reason for the fall of Joseon dynasty and prevailing misery here. The greed of the officials suffocated all the desires for profit and ownership, the will to work and all industries.”

“Koreans had various technologies and had been more advanced than the people of neighboring countries. By the 12th centuries, Koreans already knew printing technology. This precedes Europe by 100 years. However, Japanese people became famous today by making something more based on newly learned knowledge and developed industries in many fields, while Koreans remained at the same place for hundreds of years. They were strictly blocked from the outside world, and oppression and extortion of the officials and incompetent government made even the existing industries regress.”

As I read these texts, I wonder if the old system of Joseon could have been overturned by an internal civil revolution rather than external force of imperial Japan. Then, a more neutral history of Joseon without nationalistic nostalgia would have been recorded, which would have helped the direction of Korea today. I hope the ongoing reinvention of the Korean Empire will be studied in a balanced way.