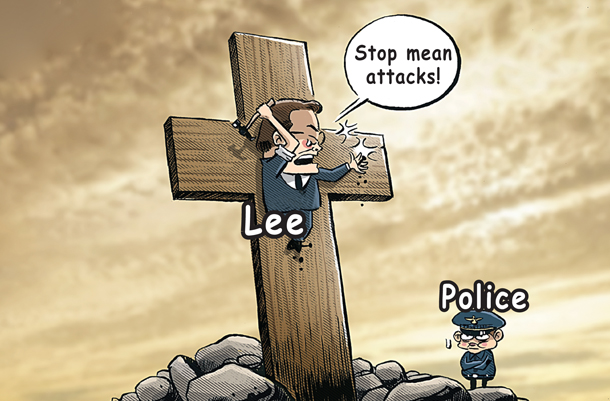 In a press release on Monday, Gyeonggi Gov. Lee Jae-myung rebutted the police’s accusations that his wife Kim Hye-kyung posted thousands of political messages supporting Lee and defaming his political rivals since 2013 with her Twitter handle @08_hkkim. He called the accusation a “cruel political attack.”