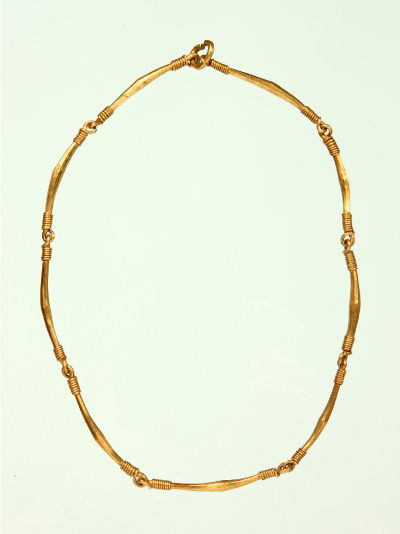 
These necklaces belonged to the Queen Consort of King Muryeong, the 25th king of the Baekje Kingdom.

A beautifully curved hexagonal golden stick is narrowed into a loop, linking it with other loops made in the same way.

The leftover parts of the rings are tied firmly around the body, 10 to 11 times for the smaller one and six to eight times for the larger one.

The skill displayed in hanging the gold bars with tiny chains is outstanding.

Each necklace has a simple design and is surprisingly modern and refined, without any complicated ornamentation.