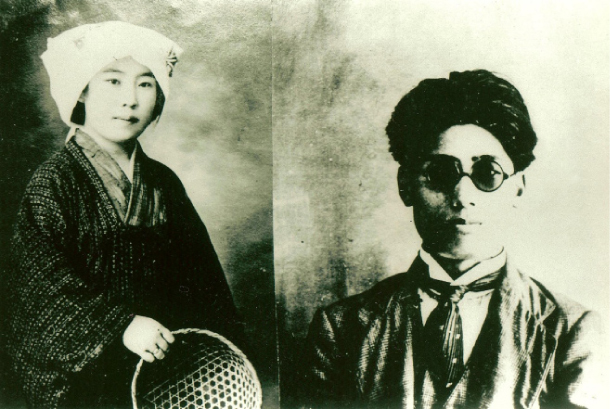 “The incidents I had merely witnessed at the time became the root of great resistance and were engraved deep in my heart. Having seen and heard during my time in Joseon, I began to sympathize with all resistance movement of Koreans against imperial Japan.” In the summer of 1923, 20-year-old Japanese woman Fumiko Kaneko wrote this in a letter to her Japanese teacher in Tokyo. She wrote about what she felt and saw while spending her teenage years in Cheongju, North Chungcheong. She saw countless incidents of Japanese landlords and loan sharks abusing and extorting Koreans, and she personally witnessed the March 1 independence movement.

After returning to Japan, Kaneko lived with Park Yeol, a revolutionary fighter at the top of the watch list by Japanese police. She published an anarchist magazine. She sold ginseng to support herself and contribute to the magazine. As a merchant, she went by Park Mun-ja, seller of Joseon ginseng.

Kaneko and Park were captured by Japanese police in September 1923 and were indicted for high treason for plotting a bomb attack at the wedding of Crown Prince Hirohito. At the trial, Kaneko said, “When I think about the independence movement of Joseon, I am overwhelmed. I could not consider that it was about someone else.” On March 23, 1926, Kaneko and Park married in prison and were sentenced to death two days later. While the Japanese emperor commuted the death penalty to life imprisonment, Kaneko hung herself in prison four months later. The epitaph of Kaneko in Mungyeong, North Gyeongsang, Park’s hometown, reads, “At the trial, she was unstirred and advocated harming the emperor, liberating the small and weak people and justified Korea’s independence and human liberty. When she was sentenced to death, she cheered.”

At the Day of Patriotic Martyrs ceremony last weekend, Kaneko received a Patriotic Medal of Honor. It’s been 29 years since Park was recognized for his service in 1989. She was the second Japanese person to earn the honor after Tatsuji Fuse, a lawyer who defended many independence activists. Fuse represented Kaneko and Park.

The merits report of the Ministry of Patriots and Veterans Affairs on Kaneko include her publication of an anarchist magazine, indictment for high treason, death sentence and her death in prison. Kaneko has also been researched in Japan. Historian and Rikkyo University professor Shoji Yamada wrote “How would Fumiko view today’s Japan, failing to apologize properly to Korea and provide post-war compensation?” at the end of his book “Kaneko Fumiko.” I share Yamada’s question.