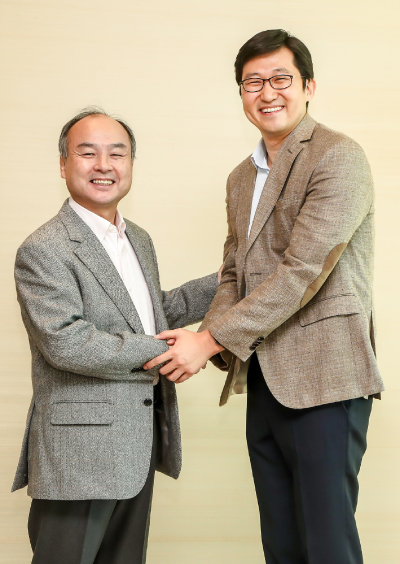 This is the largest investment a local IT firm has ever received from a foreign investor. SoftBank also pumped $1 billion into Coupang three years ago, an investment that also broke the same record at the time.

“Founder CEO Bom Kim’s vision and leadership has raised Coupang into an e-commerce leader in Korea and one of the most innovative IT companies in the world,” said SoftBank Group Chairman and CEO Masayoshi Son. “We’re proud to partner with the company.”

According to media outlets like Bloomberg, SoftBank evaluated Coupang to be worth $9 billion won in this deal, which is nearly double its 2015 valuation of $5 billion.

“Thanks to the partnership with SoftBank, we will push efforts to innovate technology in data, logistics and payment platforms,” said Coupang CEO Kim. “[Our goal is to make] it hard for customers to imagine life before Coupang.”

Established in 2010, Coupang has rapidly grown to be one of the most significant IT start-ups in Korea. Backed by an e-commerce boom, annual revenue has jumped from 348.5 billion won ($308.2 million) in 2014 to 2.6 trillion won in 2017. The company anticipates this year’s revenue will hit 5 trillion won. 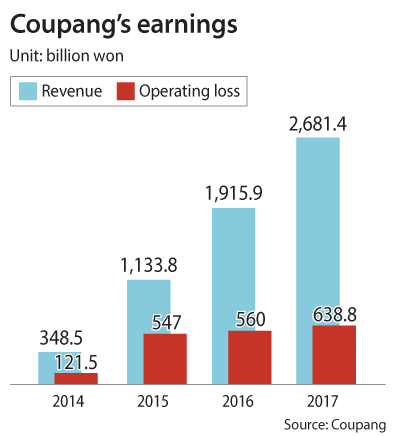 “Coupang has been growing every year by 1.5 to two times,” said a company spokesperson. “The growth is also evident in the number of products we sell on our website, the number of users and the frequency of orders per user.”

Having started out with a social commerce business model like Groupon, Coupang is now a leading online retailer in Korea with a specialty in speed. Its most famous service is its “rocket delivery,” which puts products ordered before midnight on the customer’s door step the following day. Recently, it launched a service that promises delivery before 7 a.m. and another that gets fresh food to customer’s doors in just a few hours.

To realize this, Coupang runs its own logistics centers that deliver one million parcels a day, a figure which the company says ranks No. 2 among all logistics companies in Korea. Tech development for logistics and payment platforms are also part of its ongoing investments.

Despite a sales performance that surpasses any other e-commerce website in the country, Coupang’s operating losses have grown every year in line with revenue. This raised concerns regarding Coupang’s business model, with critics complaining that the heavy cost of rapid fulfilment limits profitability. Between 2015 and 2017, operating losses accumulated to surpass 1.7 trillion won. Even when annual revenue hit an all-time high last year, so did the company’s operating loss of 638.8 billion won.

Kim said that the losses are “planned” as part of a long-term strategy that puts innovative experimentation and user expansion ahead of profitability. Its path is similar to Amazon: a pioneer in retail tech that focuses on hefty investments rather than high profits.