South Korea’s nuclear envoy said that the United States showed “strong support” for an inter-Korean railway survey after meeting with his American counterpart in Washington on Tuesday. 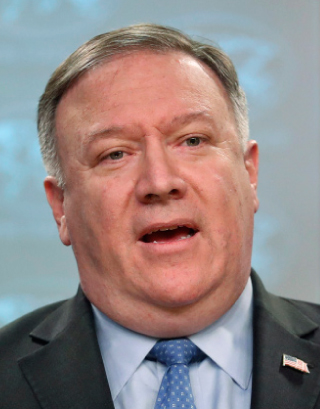 This appears to be a green light from the Donald Trump White House to go ahead with a major cross-border project that’s been delayed for weeks.

But U.S. Secretary of State Mike Pompeo didn’t mention support for South-North cooperation at a press briefing on the same day in Washington.

Pompeo said instead that the United States doesn’t want North Korean denuclearization to lag behind the improvement of ties between the two Koreas.

A high-level official at Seoul’s Foreign Ministry said the railway survey was discussed in the meeting between Lee and Biegun and that “progress” was made. The official, who spoke on the condition of anonymity, said only “technical details” still need to be discussed between the two countries and that the issues wouldn’t “harm the essence” of the inter-Korean railway survey, indicating that the United States gave its approval to the railroad project.

In the Pyongyang Declaration, signed on Sept. 19 during South Korean President Moon Jae-in and North Korean leader Kim Jong-un’s third summit, both sides agreed to hold a groundbreaking ceremony within this year to mark the start of an initiative connecting roads and railways between both countries.

In a follow-up high-level meeting, both Koreas agreed to hold the ceremony between late November and early December after wrapping up a joint survey of railways running along the west coast of North Korea, which was supposed to begin in late October.

But the west coast railway survey has yet to begin, as local officials said sanctions discussions with Washington were still under way.

If South Korea were to provide cash-strapped North Korea with vehicles, machinery and other equipment for track and road connection, it would violate UN Security Council Resolution 2397, which prohibits the export of industrial equipment to the North. Those sanctions, passed unanimously on Dec. 22 last year, came after the North tested an intercontinental ballistic missile on Nov. 29 of that year, which it claimed was capable of hitting the U.S. mainland.

The Trump administration has also stressed that it wouldn’t reward the Kim Jong-un regime with sanctions relief until the North carried out final, fully verified denuclearization (FFVD).

The high-level official at Seoul’s Foreign Ministry said it isn’t easy to carry out South-North cooperation under international sanctions, and added that progress in negotiations between the United States and North Korea would “naturally solve a lot of problems.”

Pyongyang and Washington have yet to agree on a date and location for a high-level meeting to discuss denuclearization and a possible second summit between Kim and Trump after the one scheduled for Nov. 8 was abruptly canceled just a day before. U.S. Ambassador to the UN Nikki Halely said it was the North who canceled it, apparently “because they weren’t ready.”

In Tuesday’s press briefing at the State Department, Pompeo said the United States made it clear to the South that “we do want to make sure that peace on the peninsula and the denuclearization of North Korea aren’t lagging behind the increase in the amount of inter-relationship between the two Koreas.”

“We view them as tandem, as moving forward together,” Pompeo continued.