Samsung Galaxy A9 to debut in Indian market

Samsung Galaxy A9 to debut in Indian market 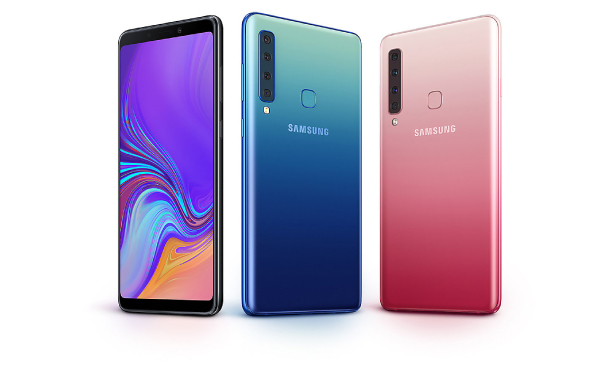 Samsung Electronics will begin sales of the Galaxy A9 in India from Nov. 28. [SAMSUNG ELECTRONICS]

Samsung Electronics has chosen India as the first country in which to release its Galaxy A9 mid-range smartphone. The company is set to begin sales of the model on Nov. 28.

The A9, introduced on Oct. 11 in Kuala Lumpur, in the presence of some 1,000 journalists and businessmen, is the first Samsung smartphone with four cameras on the back.

“We are beefing up the smartphone lineup and marketing activities in India,” a Samsung spokesman said. “We plan to churn out smartphones best optimized for the Indian market at the newly established factory in India and supply directly to the local market.”

In July, Samsung completed the expansion of its smartphone factory in Noida, south of the Indian capital of New Delhi. Work began on the 800-billion-won ($707,780) project in June 2017.

According to Counterpoint Research in October, Xiaomi accounted for 27 percent of the India smartphone market, up 5 points year on year, whereas Samsung captured 23 percent, the same share as a year earlier.

India is a crucial market for Samsung, given that the company lost China to Chinese players. According to Strategy Analytics, Samsung’s market share in China slumped to a mere 0.8 percent in the second quarter, with Huawei taking 27 percent.

Samsung launched eight models in its low-end Galaxy J series alongside premium models, such as Galaxy S9 and Note9, in India this year. The J series is the company’s the most popular lineup in India

The A9 is a part of the trend of adding as many cameras as possible to smartphones. Its four cameras on the rear boast four different resolutions - 24, 10, eight and five megapixels. The first one is regular, the second has a telephoto lens and the third is for ultra-wide angle shots. The fourth, with the lowest resolution, serves as a depth camera that gives users the ability to manually adjust the depth of field of their images. That helps create so-called bokeh-effect photos, whereby the subject is in focus but the background is blurred.

Xiaomi is betting aggressively on India. Its Indian unit promised to open 500 offline stores under the Mi brand and hire more than 15,000 staff by the end of 2019. Huawei followed suit, vowing to expand production facilities and open over 1,000 stores.