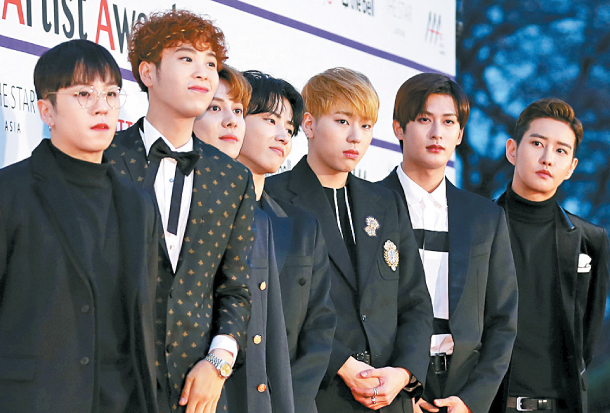 Zico from the boy band Block B is parting ways with his agency after five years together. The other members of the group - B-bomb, Park Kyung, Taeil, Jaehyo, P.O and U-kwon - will remain.

“We have renewed our contract with the members of Block B, excluding Zico,” the group’s agency Seven Seasons announced on Friday. “However, each member will also be working as a solo artist or in sub-units, since their time for military enlistment is fast approaching.”

Zico will continue as a solo artist.

The group made its debut in 2011 with the single album “Do U Wanna B?” and topped music charts with their song “Very Good” in 2013.

They are also known for their songs “HER,” “Toy” and “Yesterday.”

Zico has produced many solo hits, including “Boys And Girls,” “I Am You, You Are Me” and his latest “SoulMate” featuring singer IU.