Korean is re-elected as head of UN marine body

Korean is re-elected as head of UN marine body

Lim Ki-tack, the re-elected Korean head of the International Maritime Organization (IMO), has said he will seek to complete the UN body’s action plan on climate change during his tenure. 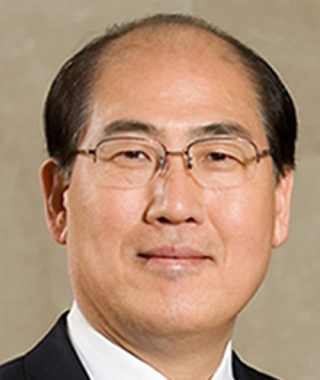 Lim made the remarks in an interview with Yonhap News Agency on Thursday shortly after earning his second term. At its 121st IMO Council, held in London, Lim received a unanimous vote from the 40 member states on its ruling council for his second term as secretary-general.

His current four-year term was slated to end in 2019. The 62-year-old will now be at the helm until 2023. Based in London, the IMO is a specialized UN agency in charge of the safety and security of shipping.

“My first goal is to finish the IMO’s action plan on climate change amid the ongoing issue of automated vessels,” Lim said. “Before leaving the IMO, I will craft a master plan for what role the IMO will play till 2050 in line with the UN’s goal of sustainable growth.”

In April, the IMO came up with an initial strategy for reducing greenhouse gas emissions from ships, the most advanced version among all industries and has since been discussing its action plan.

“I will try to make an inclusive strategy and culture take root in the IMO, under which developing countries will go hand in hand with advanced nations to observe new international standards,” he said.

Lim has spent three decades working for various maritime organizations and served in multiple positions in and outside the IMO. He attributed his re-election to his consistent efforts to act as a bridge among IMO member nations.

Lim admitted that it is tough to find common ground among the UN body’s 174 member nations when making decisions on crucial policy issues, as is often the case with any international organization.

“When a specific issue flares up, opinions among members are poles apart initially. But I have focused on coaxing them to the negotiating table to hammer out differences.”

He said a case in point is the issue of climate change.

“Policies on climate change have a tremendous impact on members since they may affect the design and operation of vessels. Interests of environment-oriented countries sharply collide with those of fossil fuel producers,” he said.

“Korean shipbuilders and shippers will be able to make another leap once they possess the capability to grasp international changes in advance and analyze them comprehensively,” he said.

The Korean shipbuilding sector has been hit hard by tumbling orders and increased costs, with the shipping industry also languishing amid the downturn in the global industry and other negative factors.