Time for a trade reset

Time for a trade reset 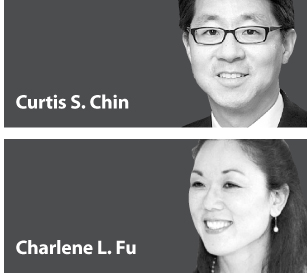 Curtis S. Chin, Charlene L. Fu
Curtis S. Chin, a former U.S. ambassador to the Asian Development Bank, is managing director of advisory firm RiverPeak Group, LLC. Charlene L. Fu is a freelance editor, reporter and translator. She worked in Beijing from 1986 to 2008, much of that time as an Associated Press Correspondent. Follow Curtis on Twitter at: @CurtisSChin

SINGAPORE: The delegations from the three largest economies in the world — the United States, China and Japan — as well as from South Korea are now gone from the recent Asean and East Asia Summits here, as well as from the APEC summit in Papua New Guinea.

The ramifications of ongoing U.S.-China trade tensions continue to be felt as the world’s eyes turn next to Argentina, where leaders from the world’s largest economies convene for the 13th meeting of the Group of 20 at the G20 Summit in Buenos Aires.

For the first time ever in its nearly 30 years, the APEC summit ended in disarray, without a final communiqué. The Wall Street Journal reported that China effectively torpedoed a communiqué over a single sentence: “We agreed to fight protectionism including all unfair trade practices.” China’s worries, no doubt, could well have been over concerns that its own trade practices are being increasingly recognized as unfair.

Despite the United States having taken the lead in imposing tariffs on billions of Chinese goods in response to what the Trump administration sees as unfair trade practices, it was China and Xi Jinping that were on the defensive in PNG.

A U.S.-China tariff war is sure to continue to produce very real economic consequences and political fallout in both nations, as well as impact supply chains and business planning in South Korea and across Asia. It, however, also presents an opportunity for a trade reset. The ongoing “tariff war” provides a chance to reexamine the trade relationship between the world’s two largest economies and perhaps set a new course that would address some of the elephant in the room issues of China’s trade practices.

As we have argued in the Los Angeles Times and in other media across the United States, whatever else one might think of President Trump’s actions, he is confronting China about its unfair trade practices and theft of American intellectual property when too many shy away from the truth for fear of Chinese reprisal.

It bears remembering that the Chinese trade practices that irk Trump truly do bedevil Americans and others doing business with China, and they go back decades, at least to the mid-1980s, when China, under Deng Xiaoping, was opening to the world.

Once the United States formally recognized the People’s Republic in 1978, American businesses were tantalized by the prospect of China’s untapped market of 1 billion consumers. What U.S. companies soon discovered, though, was that this trade partner did not play by the accepted rules.

China’s repeated and unashamed theft of intellectual property has been especially egregious and damaging. A 2017 report by the independent and bipartisan U.S. Commission on the Theft of American Intellectual Property put the annual cost of IP theft by all parties at $255-600 billion in counterfeit goods, pirated software and stolen trade secrets; these figures do not include the full cost of patent infringement. The commission named China “the world’s principle IP infringer.”

A now-emboldened China is pushing its “Made in China 2025” campaign, an ambitious plan not only to upgrade Chinese industry — most notably in advanced sectors like information technology, robotics and pharmaceuticals, where IP is key — but to compete with and ultimately displace foreign companies domestically and globally. To that end, it has continued to aggressively push foreign companies to hand over technology and IP rights in exchange for market access, a possible violation of World Trade Organization (WTO) rules.

China’s leaders no doubt see things very differently, and the Chinese expression “huo gai” might well apply. Loosely translated, it means “you had it coming.” If you leave your door unlocked and get burgled, huo gai: it was your own fault because you didn’t lock up. Similarly, if U.S. businesses do not take measures to protect their own IP, it’s huo gai if China waltzes in and makes off with it.

Trump’s approach, while unpalatable to some and unsettling in the short term, could result in a much-needed new chapter in U.S.-China trade as well as in China’s trade with South Korea, individual members of Asean and other nations. If nothing else, Trump has unequivocally called China out for behavior that should not be tolerated, and paved the way for other nations to do so too.

The APEC summit may well have ended in disarray, but it also sets the stage for progress and a more successful G20 summit in Argentina.