The Trump inside us

The Trump inside us 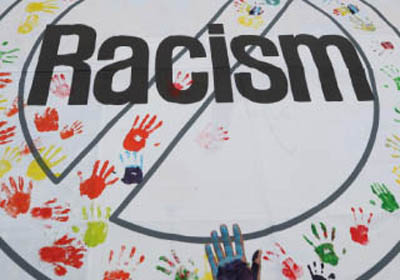 “I used to tell my mom that I liked studying in Britain and that it felt like my second home, but now, I am scared to see foreigners on the street,” said a Korean student who was assaulted by teenagers in the streets of London. She said that the mental trauma was more severe than the physical injuries.

A friend of the victim said, “No visit to London was without an incident. We frequently face discrimination, mimicking slanted eyes or tapping from the back for no reason.” They said that discriminations mostly target Asians, especially women.

Those who experienced discrimination say that Koreans were not properly represented in other countries. Discrimination cases against black people get major coverage in the local media, but those cases involving Asians often go unreported. The Korean women’s community in Britain is organizing a candlelight protest at the site of the assault, calling for a thorough investigation by the authorities and prevention of further offenses. A Korean-British person involved in the organization of the protest said that the only organization in Britain for Koreans was about to close due to lack of volunteers and donations. “Koreans are the most vulnerable,” he said. “Civil rights of the black people and women’s rights were granted because they acted. We need to make more efforts for our kids to live safely here.”

With Brexit and the election of U.S. President Donald Trump, the anti-immigration trend is spreading fast in Europe. While Trump defined the immigrant caravans from Central America as an invasion, a video of a family went viral. In the footage, they were smiling in their backyards while burning a model of an apartment building where 72 residents — mostly immigrants — were killed in fire last year. Trumpism is spreading the shameful attitude of disregarding order. In this atmosphere, those who saw the victim of the assault recorded videos on their phones instead of helping her.

More shocking is the Korean netizens’ reactions to the media report on the assault case in Britain. Many online comments on Naver and other portals disparaged the victim. The victim was ridiculed and insulted. In Britain, threatening or insulting comments or postings are subject to imprisonment of up to two years.

The law protects freedom of speech within the limits of not violating the liberty of others. It should be applied to the violent online comment culture in Korea, where many vent their darkest inner thoughts. If we cannot control the Trump within us, our daughters and sisters may someday be the victims.