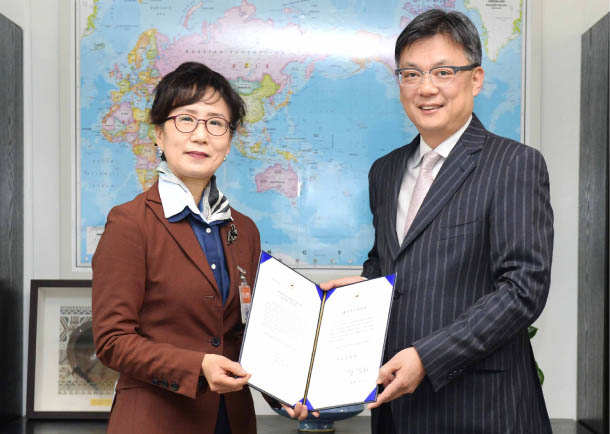 Chung Chin-sung, vice-director of the Korea Maritime and Ocean University, left, has been appointed the honorary consul of Germany in Busan. Chang Jae-bok, deputy minister for protocol affairs, right, presents to Chung, a Korean-German who has contributed to cooperation between the two countries, an exequatur issued by the Korean Ministry of Foreign Affairs on Friday. [MINISTRY OF FOREIGN AFFAIRS]