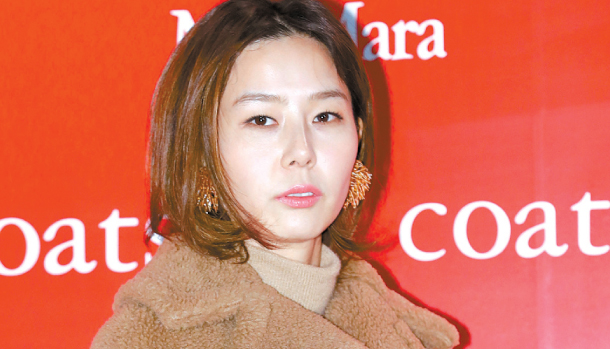 The crime may not have been her fault, but entertainer Kim Na-young is taking responsibility nonetheless.

News came on Friday that her husband had been running an illegal futures trading system and pocked a total of 223 million won ($197,700) from May 2017 to this September. Her husband, according to the initial report, had gathered 590 million won from 1,063 people and took the 223 million won for himself.

Following the news, Kim immediately released an apology and canceled a planned appearance at a press event for an opening of a fashion brand scheduled to take place on Tuesday. She also deleted her YouTube channel and made her Instagram account private.

“I never thought that he’d be a part of something bad,” said Kim in an official statement. “But my husband will properly pay for the things that he’s done.”

In response to the news, Kim’s scheduled TV appearances have been cut as well. JTBC told local news outlet OSEN Monday that they decided to remove whole parts of their variety shows “Come See Me” and “China Class” in which Kim appeared.

Kim, a mother of two, married her husband, a businessman 10 years her senior in 2015. When she appeared on TV soon after getting married, she revealed that she did “not properly know” what her husband’s job was.

“A financial investment company? I never understand, however many times I hear it,” said Kim in an appearance on MBC’s “Radio Star” on Feb. 1 last year.