It all burns down

It all burns down 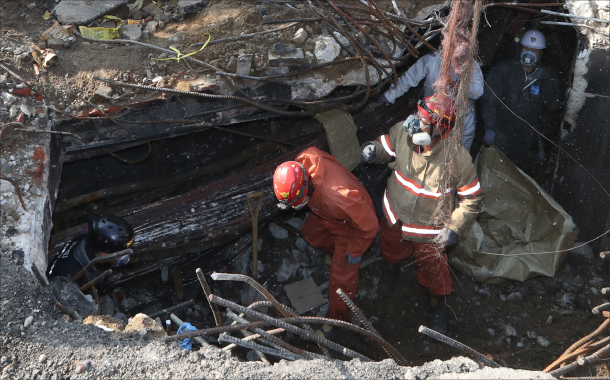 I could not do anything. I had to reschedule a water filter installment appointment, but both my home and mobile phones were not working. I had to pick up my dog from the vet, but I could not pay because the credit card payment was not working. I read a wedding invitation from a relative on a mobile messenger, but I couldn’t go back and check the time of the wedding. As I could not get navigation working, I had to take a taxi. Since ATM machines were offline, I didn’t give them a gift.

The fire at KT’s switching center in western Seoul,confirmed the irony of a smart life in a world-class smart city. With a useless smartphones in hand, kids say we went back to the stone age.

What aggravates the damage at the time of a natural disaster is the paralysis of communication. It not only delays rescue operations, but also results in psychological isolation. It happened during the earthquake in Gyeongju, North Gyeongsang, as well as during the recent earthquake in Hokkaido, Japan. In the movie “The Day After Tomorrow,” the protagonist searched for a payphone in a city that was underwater. The outdated payphone turns out to be the hero’s savior. Over the weekend, many people went around in search for a public telephone booth.

With the internet outage in northwestern Seoul, former lawmaker Lee Seok-ki, who is serving a nine-year sentence for a charge of instigating an online rebellion, became the talk of the town. A recording of a meeting in May 2013 showed that Lee and an underground organization known as RO considered striking KT’s Hyehwa branch and an oil storage tank in Pyeongtaek.

Many online comments say that they can understand why Lee planned to attack KT’s Hyehwa center. People realized that without advanced hacking technology, simply opening the cable tunnel cover and starting a fire could paralyze society. But others wonder why North Korea and its sympathizers are mentioned. The cause of the fire is still unknown.

It is natural that we need to prepare for such catastrophe as an intentional attack by someone, including North Korea. We are living in the age of the fourth industrial revolution, and people and space are all hyperconnected. As networks become more complicated, security becomes more vulnerable.

As I write this, my smartphone is not working.