Mining iron ore with robots and an Xbox

Mining iron ore with robots and an Xbox 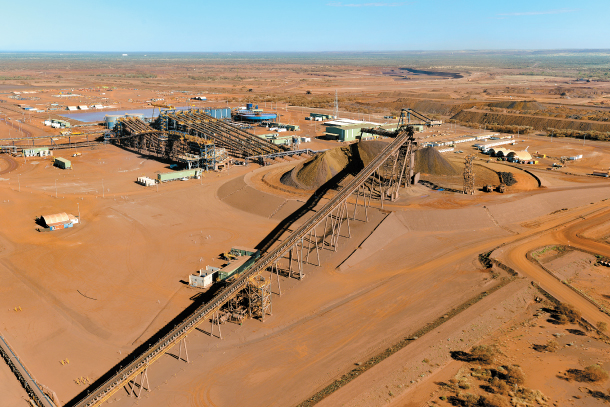 ROY HILL, Western Australia - For steelmakers, securing a cheap and stable supply of iron ore is crucial to turning a profit as the mineral accounts for as much as 70 percent of steel manufacturing costs. In the late 2000s, when prices of iron ore soared to over $160 per tonne (1.1 tons) due to the rapid expansion of Chinese steelmakers, Posco sought investment opportunities in iron mines as a way to self-supply the mineral and cut costs.

Roy Hill, the single largest iron ore mine in Australia, was one of the projects Posco invested in during the 2010s to secure stable iron ore supplies and profit as a shareholder of the resource-abundant mine. However, the price of the mineral stated falling to below the $100 per tonne mark after Posco acquired a 12.5 percent stake in the mining project in 2012, largely due to an economic recession in China.

Analysts started voicing concerns about the investment as iron ore prices fell to nearly $50 per tonne by 2015. Some even called the entire venture a failure.

Posco wasn’t fazed. The steelmaker showed off its competence in the decision by opening up the Roy Hill mine to a group of reporters, including the Korea JoongAng Daily, on Nov. 20, offering a rare glimpse inside a working mine.

Surrounded by desert plains covered in iron ore-rich red sand, Roy Hill is a surprisingly high-tech site covered in autonomous drills and monitored by a drone.

The control room at Roy Hill is manned by two workers equipped with an Xbox gaming console. Sitting in front of an array of screens, the employees use the Xbox to control autonomous drilling equipment across the site.

According to Hamish Morgan, one of the two drill controllers, almost all drill functions are controllable through the console, from moving them around the site to jacking them down to begin drilling.

The mine currently uses nine autonomous drills, after fully migrating to autonomous drills earlier this year. Fully transitioning to the remote-controlled equipment took two years, and drilling capacity has increased by roughly 14 percent now that the project is complete.

“Our best record so far on one shift [12 hours] was drilling a total 1,165 meters [3,822 feet] at 113 holes,” said another driller named Grant Ohehir. He added that, while larger mining companies like BHP and FMG also use autonomous drills on their mines, it is still an advanced technology not yet widely adopted.

Drilling is the start of the mining process. After digging roughly 10 meters down, miners blast the surface with explosives and retrieve iron ore. The collected rocks are later processed into smaller iron concentrate products through crushing, scrubbing and de-sanding circuits. The final products are loaded on trains and sent to Port Hedland, 344 kilometers away, and then shipped out to customers.

The overall process is monitored via a drone that flies around the area between 6 a.m. and 10 a.m. The collected data is analyzed at a separate Remote Operation Centre in Perth, Western Australia, which operates 24 hours a day to monitor and manage the work flow at the mines. The autonomous drill controlling room is expected to move to the Perth center, about 1,300 kilometers away from the actual mining site, from March next year.

Roy Hill is also considering deploying autonomous trucks that could load and unload iron ore or waste at destinations around the mine. Out of the 77 trucks it is currently operating, six are capable of driving themselves. Kevin Weary, a maintenance superintendent at the mine who also drives trucks, said the mine will run feasibility tests for self-driving trucks next year, but currently high license costs incurred in operating autonomous trucks are holding them back.

An employee remotely controls and monitors drills through eight computer monitors, keyboards and an Xbox console on Nov. 20. [KIM JEE-HEE]

Returns from the mine

For Posco, ramping up production at the mine means saving costs and benefitting as a major shareholder of the project. It says its 1.49 billion Australian dollars ($1.08 billion) of investment into the mine is slowly paying off.

“From next year, Roy Hill will supply 15 millon tonnes of iron ore to Posco, about 26 percent of the total iron ore needed per year at our steel mills,” said Han Ki-ho, head of Posco’s Western Australian Office during the tour. “A stable supply of iron ore offered to Posco at a specially discounted price will add competitiveness to our steel products.”

Iron ore prices haven’t jumped back up to over the $160 level yet, but they are slowly recovering from around $50 per tonne in 2015 to $70 as of October. As prices go up, the steelmaker’s competitive edge in terms of material costs will grow, and it will also benefit from the profit earned through the mine.

According to Posco, its self-sufficiency rate of iron ore is currently around 59 percent thanks to investments in six iron ore mining projects, including Roy Hill.

Roy Hill is also preparing to give out dividends to its shareholders in two to three years as it operates in the black. Based on Australia’s fiscal year that ends in June, the company started seeing net profit from the fiscal year that ended in June 2017 after reporting 35 million Australian dollars of net losses the previous year. In its latest annual report in June, it posted 558 million Australian dollars of net profit.

While the project started off with $7.2 billion debt financing from 19 commercial banks, as well as five export credit agencies including the Export-Import Bank of Korea and Korea Trade Insurance Corporation, Greg Hawkins, CFO of Roy Hill Holdings, said it has $4.8 billion left to pay back for the next six years and has about $1.5 billion cash in hand, adding that the mine will have no problem paying back all it owes.